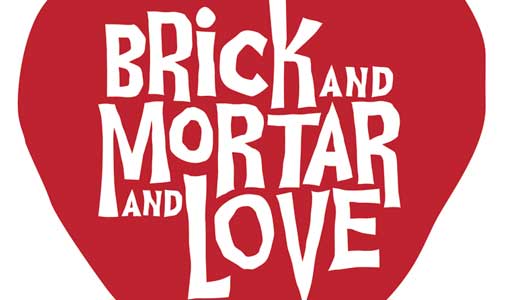 AUSTIN — Scott Shuffitt is partially responsible for ushering in a new fan base for the slacker hero film “The Big Lebowski.” But what drew the Lebowski Fest co-founder to Austin this past weekend was a passion project that has little to do with White Russians and bowling etiquette.

To date, Shuffitt has shot between 40 and 50 hours of interviews and footage for “Brick and Mortar and Love,” a documentary work-in-progress exploring the cultural relevance of independent record stores and their current financial strife. Shuffitt got the idea when ear X-tacy announced last year that it could close if it didn’t see an increase in sales. The store moved to Douglass Loop late last year.

Shuffitt, who has been financing the project himself, has traveled to record conventions in Chicago, Phoenix and Birmingham, Ala., where he spoke with members of the Coalition of Independent Music Stores, which announced earlier this spring that it was shutting down Think Indie, its iTunes equivalent, due to low revenue. Over the weekend, Shuffitt booked interviews with employees at Waterloo Records and End of an Ear, who arguably enjoyed greater foot traffic thanks to in-store performances as part of SXSW.

“I’ve got to document this,” says Shuffitt, 38, whose video background includes shooting music festivals, short-form documentaries and participating in Louisville’s annual 48-Hour Film Festival. Shuffitt is decidedly pro-independent record store, doesn’t own an iPod and, although he uses an iPhone, says he’s purchased only one download of a song.

To him, the indie store is a cultural flashpoint, where you can be turned on by a new band and experience something completely unrelated to music. “I’ve heard about people who have met their spouses (at record stores),” he says. The indie record store “is a source of inspiration. It’s a place where the community can thrive and grow.”

Shuffitt says he did not know much about the record industry when he started gathering film, but he’s seen a few themes develop during the course of his research. The old news is the economy sucks and people want to buy digital. But there’s also another key facet of his film. “The store,” he says, “buys into the community,” and over time, these indies have the cachet to help motivate other independent entrepreneurs open their own shops, sometimes within the same geographic area. But that gentrification cuts both ways, particularly when landlords see such progress as an excuse to raise rent.

“Brick and Mortar and Love” has no completion date set yet, but Shuffitt has started a Facebook page.