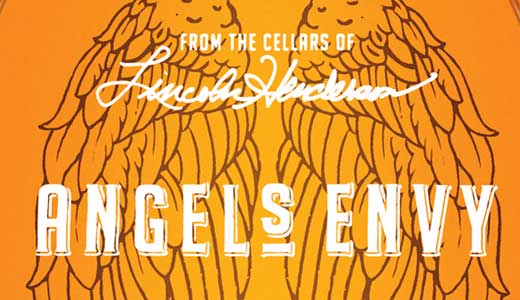 I have a theory as to why the Cards gave your bracket and city pride a rim job last week — and it has to do with you, Metro residents. You see, like the team, you were unfocused and easily distracted, in addition to being intoxicated. You let a pop star and a holiday divert your concentration from the game. It’s your fault, Louisville. You have no one to blame but yourself, Lady Gaga and stumbling, bumbling leprechauns.

U of L had a big game on Saturday, March 12 — a game that would seal the deal in the Big East finals. But where were most of you? Not chanting C-A-R-D-S, but dressed in feathered boas, glitter and Kermit the Frogs at the Lady Gaga concert. I admit I was there dancing with the rest of you little monsters. But when I found out we lost to Connecticut by 3 points, I felt guilty, ashamed. Perhaps there was only so much ball to go around — and the Monster’s Ball took center court.

And then came Thursday, when you knew very well we had our first NCAA game against Morehead, but you donned green for St. Patrick’s Day over the Cardinal red. “I can get drunk and party,” you vainly said. “We got this. I’m off to the Irish Rover.” You were sorely wrong, silly little frat boy, and I blame you for our loss. While the Guinness taps flowed that afternoon, U of L failed to tap into any kind of flow — not a point was made in the first five minutes.

Now Rick P. sits comfortably in a hosting chair alongside Charles Barkley, and your pride has been massacred. I hope those cheap shamrock beads and green carpet stains were worth it. Louisville, you weren’t born this way.

Two new bourbons came into the world this month, and both make a welcome addition to Kentucky’s bourbon heritage and my liquor cabinet. First out of the charred-oak womb was Early Times 354 Bourbon — which, ironically, is one of the oldest, or at least its recipe and distillery is. Not to go all Benjamin Button on you, but Early Times used to be a bourbon until Brown-Forman changed it into a “blended whiskey” in 1983 to streamline cost. So think of Early Times 354 as a higher quality Early Times, one that actually fits into our strict rules of what makes bourbon bourbon. The “354” comes from the Early Times Distillery federal permit — No. 354 — which is the longest held in Kentucky.

I sampled Early Times 354 the other day at Bearno’s Highlands and found it to be smooth and mellow with a hint of spice and sweetness. And at a reasonable $3 a pour (I’ve seen it higher elsewhere), it’ll be my go-to bourbon when the funds for Woodford are out of reach.

And speaking of out of reach, Angel’s Envy hit top shelves in Kentucky just last week, and I was honored to be among the first to cop a buzz. Created by legendary distiller Lincoln Henderson, who worked at Brown-Forman for more than 40 years and helped create Woodford Reserve and Gentleman Jack, among others, the bourbon is treated like royalty — from its placement high in the rackhouse to the finishing touches of aging in used port barrels. It’s a sipping bourbon for sure, with subtle hints of vanilla, maple syrup and even toasted nuts. At the launch party on Monday, I tried it on the rocks as well as in three original cocktails. The bottle is classy and cool, with angel wings etched on the back. Some say the bourbon is cursed by angels looking to get their share, but I just figure it’s my liver who’s probably the worst off. Check out www.angelsenvy.com for more.

• Coach P upset by morehead?
• I miss havin someone take up space in my attention
• Money dsnt grow on trees, it grows on old republican dudes. We gotta chop them all down and harvest their flesh.
• I found Kenny loggins … hes hangin over the side of the bathtub
• The moon reminds me of ur breasteses
• Green is the new swallow