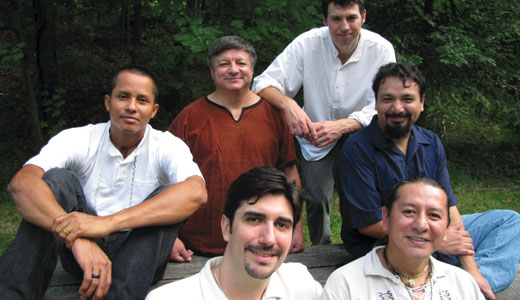 Appalatin’s (www.appalatin.com) self-titled debut album is out this week. The five-piece roots ensemble blends folk and bluegrass with sounds indigenous to Latin America — three members are from Nicaragua, Ecuador and Mexico. The album was recorded at Don Ernst Studios with a grant from Kentucky Arts Council, and features backup vocals by Kentucky Homefront host John Gage and a cover of the 18th century folk song “Shady Grove.” Appalatin performs for free at 7:30 p.m. on Thursday at Heine Brothers at the Douglass Loop (2200 Bardstown Road, 515-0380) and Friday, March 11, at Coconut Beach Club (426 Baxter Ave., 8 p.m., $5) with DJ 7th Street.

Lucky Pineapple (www.luckypineapple.com) announced last week via its Facebook page that the band is calling it quits after nearly seven years together. “We’re incredibly grateful to everyone who has made the last 6+ years of playing music together far more awesome than any of us ever imagined it would be.” The announcement follows the departure of guitarist William Benton and drummer J.C. Denison earlier this year. Lucky Pineapple’s last show is slated for early summer.