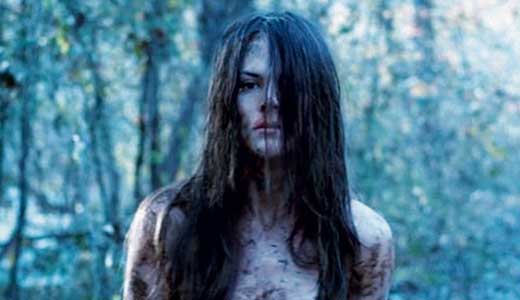 I Spit On Your Grave

I SPIT ON YOUR GRAVE (aka DAY OF THE WOMAN)

First Blu-ray release of this savage, seminal and thoroughly shocking rape-revenge flick. Camille Keaton (grand-niece of Buster Keaton) plays a young woman seeking solitude who is brutally and repeatedly raped by four men, one of them with the intellect of a child. But it’s what happens next that you will remember forever, as she sets out to take systematic revenge upon them, one by one. Truly chilling; the ultimate female-empowerment movie. You’ll be talking about this one for weeks. Our highest recommendation.

I SPIT ON YOUR GRAVE

This recent remake of the great rape-revenge shocker improves upon it in some ways. The acting, the camera work — hell, the whole movie experience — is more polished, and the addition of a sheriff character (whose sly part in the proceedings we won’t spoil) is quite good. Less nudity, more talent, but bottom line: This just doesn’t have the impact of the 1978 original. So, if you like this movie, make sure you check out the original; that’s the one you’ll tell your friends about.

Why are we reviewing this bit of KET late-night fodder? Because (ta-daaa!) part of it was filmed rat-cheer in Louisville. Many of you may be surprised to learn that our little River City is home to a number of important air shows, beyond that bloated display of killing technology called Thunder Over Louisville; even our now-lowly Bowman Field has a proud place in aviation lore. The men and women who participate in these shows are athletes in every sense of the word, as they push themselves and their machines to the limit to entertain and educate. Worth checking out.

The Criterion/Blu-ray edition of Federico Fellini’s swirling, surreal and hypnotic ode to his hometown. Taking place largely in an Italian village square during the Fascist era, it’s a heady mix of cultural rituals, lost souls, social taboos, commentary on the importance of family and sex in politics, and a hundred other thoughts and feelings and fantasies whirling through Fellini’s colorful imagination. Worth twice the price.

DOCTOR WHO: THE MOVIE

Fans of the more recent Dr. Who series seem to be largely unaware of this little gem, the BBC’s first — and failed — attempt to jump-start the old franchise back in the ’90s. Sylvester McCoy dies and regenerates into Paul McGann, who, with the help of sawbones Daphne Ashbrook, must stop the regenerated master — played by Eric Roberts. It’s pretty bad, and that’s coming from big fans. Still, even a bad Who is better than the best Caprica.

We’ve reviewed this glorious Bruce Lee chestnut many times in the past, but this most recent re-priced re-release gives us the opportunity to mention one of Lee’s costars, Big Jim Kelly. Born in Paris, Ky., Jim was the epitome of the cool, handsome black man of the ’70s, starring in many great Blaxploitationers including “Black Belt Jones” and “Three the Hard Way.” (His role in “Undercover Brother” never made it to theaters, but you can see it in the DVD’s bonus goodies.) And his perfect ’fro briefly graced the U of L campus … before moving to Lexington to take up martial arts. Come back, Jim, we still love ya!

With the cast of the gods — Kimberly Elise, Phylicia Rashad, Janet Jackson, Loretta Devine, Thandie Newton, Whoopi Goldberg and Anika Noni Rose — Tyler Perry stretches beyond those execrable “Madea” movies to do something of substance. Based on the seminal ’70s play, “For Colored Girls Who Have Considered Suicide,” it may seem just a bit dated at times, but the underlying message of pride and empowerment is still relevant.

LIFE AS WE KNOW IT

Something of a throwback — and a welcome one — to the “instant family” comedies of the 1950s. Comely Katherine Heigl and hunky Josh Duhamel star as an attractive but hopelessly mismatched couple who, after a horrible first date, decide never to see each other again. But cruel fate has other plans when they wind up co-guardians of their goddaughter, Sophie. Not the greatest movie ever made, but a nice date flick if you can overlook the whole death-of-the-parents thing.

Gravity-defying Tony Jaa returns for a third installment. After being beaten nearly to death in “Ong Bak 2,” Tony learns to meditate and reflect on the karmic effects of his life. That’s when his archrival shows up to stomp the snot out of him.

Picks up hours after the first one left off, adding only an ethnic stereotype maid and a shift in focus toward Sprague Grayden, the sister of PA1’s heroine. If you liked the first one, you’ll like this.

The TV ads suggest this is a wild roller coaster of a teen comedy. What movie were they watching? Instead, you’ll find it’s a nice little PG comedy with a great cast, lead by Kristen Bell, who returns home for her brother’s wedding — to her high-school nemesis, the damn hot Odette “The Unborn” Yustman! Throw in Sigourney Weaver, Jamie Lee Curtis, Kristin Chenoweth and the immortal Betty White, and you’ve got a first-rate, super funny chick-flick.