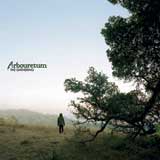 The last time a rock band cited Carl Jung as a primary influence was probably on The Police’s swan song, Synchronicity; but on Arbouretum’s new record, The Gathering, Dave Heumann has found inspiration in the father of analytic psychology’s posthumously published, hallucinatory “The Red Book.” The lyrics are darkly imagistic and dream-like, and perfectly match Arbouretum’s music, a hybrid of the heavy post-hardcore of Lungfish and the delicate melodic sensibility of 1960s-era British folk rock bands like Pentangle. High points include “The White Bird,” which sets the album’s ominous tone; “Highwayman,” a haunting ballad of reincarnation; and “Song of the Nile,” a sprawling 10-minute epic dealing with gnostic mythology. Heavy bands rarely sing lyrical concerns worth further exploration, but in The Gathering, Arbouretum has successfully turned the stuff of dreams into reality.