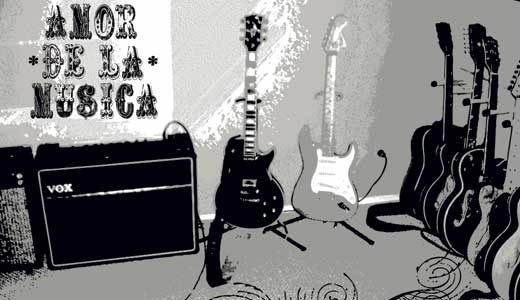 'Love or Not Love' @ Revelry Gallery

People tune in to the NPR essay reading series “This I Believe” to hear a cross-section of Americans speak about what matters most to them. Should it be a surprise that more than a few of the broadcast essays have dealt with L-O-V-E? The executive director behind “Believe,” local renaissance man Dan Gediman, has assembled transcripts of the love-themed essays into the third book to come out of the radio series. The Carmichael’s on Frankfort will host Gediman Thursday evening, and he’ll be playing the tapes of some of the material as read on the air. The bookstore will be working to enhance the pre-Valentine’s mood by serving seasonally appropriate samples of their wares — namely, red wine and chocolate. —T.E. Lyons

The Photographic Alliance of the University of Louisville wants you to know while you were sleeping, someone was making art about what you were doing. “While You Sleep” is an exhibit about — you guessed it — sleeping. The alternate realities that are dreams are well represented, as are portraits and surreal images. Because the artists are members of a photography group, photography as a medium has been stretched to its boundaries. From traditional silver gelatin to digital inkjet prints, there’s plenty of creativity. Artists include Lucy Brown, Anna Buky, Eric Cristensen, Sarah Katherine Davis, Jimmy DeVore, Crystal Rae Ludwick, Chris Scott and Rachel Waters.

Larry Keel’s website sports the countrified boast “Guitar Legend & Master Fisherman.” While I’m sure his unruly beard and general country demeanor support the latter (at least on a surface level), there’s no arguing the former. Whether you catch him in a solo setting, showing off his white-lightning acoustic fingerpicking, or in more fleshed-out musical digs with his Appalachian ensemble Natural Bridge, you’re likely to be transported to a place where moonshine flows aplenty and coal mines loom in the distance. While his rusty, bar-dweller vocals are strictly backwoods beauty, pigeonholing Keel’s versatile guitar playing would be a mistake. He’s capable of dizzying displays of virtuosity and calming, sermon-like reverence. Rumpke Mountain Boys open. —Ryan Reed

Each year around Valentine’s Day, a different kind of V-Day takes place that doesn’t involve chalky hearts that say “Fax me” or sappy cards, and it’s a time when Eve Ensler’s award-winning play is performed all over the world. Despite what a production entitled “The Vagina Monologues” might sound like, it isn’t some kind of radical feminist demonstration — there will be no burning of bras or effigies of men. The V-Day campaign is simply a movement across college campuses to end violence against women and girls — and the play is a collection of stories that illustrates the sometimes humorous and often painful truths of being female. U of L’s PEACC program is sponsoring the show, and proceeds from this year’s performance go to support domestic and sexual violence shelters in Haiti. —Jane Mattingly

‘Changing the Way We Eat’

The slow food movement is an effort to reconnect people with the food they eat. It means embracing local, seasonal ingredients and saying no to Big Macs. On Saturday, more than 85 U.S. cities will participate in a nationwide forum on slow food that will be webcast from New York City. The event will include authors, chefs, activists and government officials sharing ideas about how to foster healthier eating habits and create sustainable food communities. Bellarmine University is hosting Louisville’s viewing party, which will include a presentation from Mayor Greg Fischer alongside some of Louisville’s leading slow food experts and innovators at about 12:15, and local farmers will share their insights at 3:15. There also will be a free lunch of locally produced food. To register, e-mail [email protected] or call 708-1881. —Sarah Kelley

It takes a lot of work to create a puppet and dance around at events all over town in massive, 6-foot-tall costumes. The folks who run the Squallis Puppeteers also host children’s workshops every month. This annual fundraiser will help generate money for the group, whose goal is to use the art of puppetry to free imaginations, create fantastic characters and tell the stories that are important to the community. Since it falls near Valentine’s Day, the theme is “Fools for Love” and will feature a live puppet dating game, a silent auction, food, cash bar and music by Junk Yard Dogs. The event is family friendly, so pack up the kids and show some love. —Sara Havens

This year’s Artsy Fartsy Fest moves from downtown Jeffersonville to Plantation Hall at Huber’s Orchard & Winery, but features more of the same: plenty of local art, live music and yummy Mexican food. Oh, and this year, the festival will benefit the Clark County Youth Shelter, which works to support troubled kids and their families. The art will come from a host of local talents, from Guy Tedesco to Christy Spence, while there will be fajitas, quesadillas, enchiladas and a nacho bar to fill your bellies and local band Old School to fill your ears. And it’s being held at a winery, so you can take from that whatever you wish. Purchase tickets from the youth shelter or online. —Kevin Gibson

All the way from Memphis (Indiana), Elvis Presley tribute artist Robert Shaw appears with the Louisville Orchestra Saturday night at the Palace Theater in “Memphis: Celebrating Elvis,” a symphonic-style tribute to The King. Shaw’s show guides audiences through a career medley of Elvis’ hits, from the performer’s rockabilly rise in the 1950s, to his Comeback Tour days in the ’60s, to the big-production Las Vegas years. Louisville Orchestra assistant conductor Jason Weinberger has the baton. —King Doolittle

Born in Belgrade, Serbia, in 1976, 34-year-old guitarist Ana Popovic ignited her spiritual allegiance to the blues thanks to her father, Milutin, an accomplished jazz guitarist who threw impromptu jam sessions at home. By age 19, she had put together her first band and was opening for Junior Wells, the legendary harmonica player who backed Muddy Waters, Van Morrison and Bonnie Raitt before his death in 1998. Not resting on 12-bar, Popovic relocated to The Netherlands to immerse herself in jazz, and then to Germany, further solidifying her worldwide fanbase. She has released five studio albums, beginning with 1998’s Hometown, and in 2003 became the first European to receive a Best New Artist nomination at the annual W.C. Handy Awards in Memphis. —Mat Herron

So you saw “Inception,” but now you’re wondering if the memory you have of watching “Inception” is really real, or did you actually watch “Total Recall” instead, inexplicably confusing DiCaprio with Schwarzenegger once again? Although years of therapy might get you an answer to that question, a live interview and Q&A with neuroscientists Eric Kandel and Jonah Lerner could provide a cheap start on your road to Wellville. (Make sure to ask them truly important questions, like: “If memory is little more than recorded electrical stimuli by the brain, how do we know we aren’t mere batteries for a race of sentient machines?”) The interview with these two geniuses begins at 6 p.m., Q&A is at 7, and a ticketed dinner begins at 8. (Above all, don’t forget your wallet.) —Jonathan Meador

‘Love or Not Love’

Valentine’s Day is a touchy subject. Some love it, some are indifferent, others abhor it. Whether you find yourself riding the love train or checking into the heartbreak hotel, you might enjoy this nifty V-Day show. Revelry owners Paula Weyler-George and Mary Le recently tasked their favorite screen printers with an assignment — make something following the themes of either “Love” or “Not Love.” All of the original pieces in the show are $100 or less, and the featured local and international artists include Ty Kreft, Amanda Bishop, Madpixel, Jeral Tidwell, Angryblue, CricketPress, Kin Ship Press, Sean Tully and Emily Adams. Take an art-lovin’ date, or maybe meet one there. —Jane Mattingly

I’ve always liked the phrase “wearable art.” It lets us be the background on which to hang the art, and we look all the more clever for it. Couple that with the upcoming Valentine’s Day, and the wearable-art-that-is-jewelry becomes a no-brainer. More than 15 craftspeople working in various media created the unique pieces now at The Gallery on Pearl. One of the artists is Marilee Burnside.

“I thought a lot about what I wanted to offer specifically for the show,” she says. “I’d been working with dichroic glass in organic shapes and was happy with the results. With the ‘Myna’ series, I tried to stay out of the way of the glass, and just let the heat from the kiln and gravity have its way.” —Jo Anne Triplett