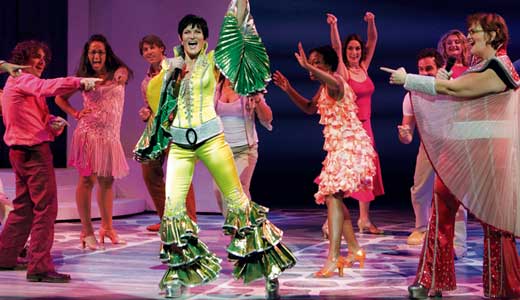 For years, hip-hop artists and Hollywood directors have mimicked a version of former drug trafficker “Freeway” Ricky Ross’ life, but the biography isn’t fiction. Growing up in Los Angeles as a gifted athlete, Ross eventually became embroiled in the drug trade, where he established an empire that stretched through the country’s inner cities at the height of the 1980s crack epidemic. The twisted underworld he ruled was violent and ruthless, but it earned him an estimated $2 million a day. Eventually, Ross got caught and landed in federal prison. Now an inadvertent hip-hop icon, Ross was released two years ago and has exited the gangster lifestyle. In a discussion hosted by U of L’s Center for the Study of Crime and Justice in Black Communities, he will reflect on the real world consequences of his early life choices and what ultimately led him down a different path. —Phillip M. Bailey

Get ready, Kentucky fans: The UK Alumni Association is about to make your dreams come true. The goal for Dance Blue is to raise funds to support cancer research in an effort to find the cure. The means? An event at Big Blue Country Sports Bar & Grill that features live music, food and drink, prizes (autographed Coach Cal basketball, anyone?) and scores of former UK athletes and sports media. Celebrity appearances will include former UK basketball stars Kenny Walker and Mike Pratt, as well as more recent players such as Mark Krebs and Perry Stevenson. Some UK media will be on hand as well, such as Dave Baker of WKYT-TV in Lexington, Evan Daniels, a national recruiting analyst with Scout.com, and Matt Jones, who hosts radio and TV shows covering UK sports. There will even be a rock-paper-scissors tournament, with attendees taking on the celebrities for prizes. Don’t forget to wear your team colors. —Kevin Gibson

The University of Iowa has nurtured and/or produced many a provocative and accomplished writer, but Danielle Evans stands out even in such vaunted company. Evans made her name in short stories — primarily because of her debut collection “Before You Suffocate Your Own Fool Self,” from which she’ll read as part of the Axton Reading Series at U of L. These are stories of young people teetering at the fulcrum of racial divisions and other social forces that continue to strike sad but clear notes throughout recognizable, modern American landscapes. She makes wise choices time and again in engaging the reader through first- and third-person accounts of varied characters. Her tales quickly establish much more empathy than is typical for even accomplished short-story writers. Her skills point toward a future where she’s a likely leading light among novelists — or whatever she’d like to try. —T.E. Lyons

The folks at Bluegrass Brewing Company in Theater Square are tired of staring at blank walls. They’ve been scratching their heads for months on how to create better ambiance. Then, after numerous pints of BBC Nut Brown, an idea was born. Why not invite some local artists to submit their work and throw a party at the same time? Brilliant! The first “Pints & Paints” event is scheduled for Friday, and BBC intends to add music, dancing and cornhole come spring. Artists this month include Steve Squall, Jada Parks, Noah Hulsman, Jeremy Lewis, Jacob Duncan and Jerry Koufeldt, and happy hour specials will be extended at Friday’s opening party until 10 p.m. Who knows what big ideas you’ll come up with after a few? —Sara Havens

Actor Liev Schreiber started popping up in the late ’90s, initially in independent films and working his way up to mainstream Hollywood movies like the “Scream” trilogy and “The Sum of All Fears.” He shows up on TV once in a while, does voice-over work, has dabbled in directing, and is a Tony Award-winning Broadway actor on top of all that. Oh yeah, and he went to Harvard and is a classically trained Shakespearean actor. He’s somehow found the time to stop by this weekend to share his Shakespearean roots, alongside Rob Clare of the National Theatre and TV actress Reiko Aylesworth. Presented by Kentucky Shakespeare, Friday’s performance will include readings of various sonnets and soliloquies, accompanied by members of the National Symphony Orchestra’s String Quartet and the Louisville Youth Choir. —Jane Mattingly

Friday night and the lights are low? Looking out for the place to go? Where they play the right music, getting in the swing? Look no further than the stage of the Kentucky Center, where “Mamma Mia” will transport you to a time when glitter and glam wasn’t reserved for just Gaga. Part of the PNC Broadway Across America series, this iconic play is celebrating more than 3,800 performances and is in its 10th year. Hollywood attempted to pistol-whip this great Broadway musical tribute to ’70s supergroup Abba, but lucky for us, it’s still traveling from stage to stage, sans Pierce Brosnan and the other white meats. It’s only in town for three days, so dust off those Spandex jumpsuits, re-watch “Muriel’s Wedding,” and prepare to dance, queen. —Sara Havens

All right, cut the cord, folks. The Umbilical Brothers are coming, and things are going to get strange. The Australian duo is one of the most avant-garde comedy teams of recent memory, and they’re bringing their latest show, “Thwak,” to the Ogle Center at IU Southeast on Saturday. The Brothers’ one-of-a-kind show will incorporate music to mime to contortionism — and everything in between. “Thwak” is the duo’s first show that was written around their thick accents and outback vernacular — so hopefully you won’t need a translator to comprehend it. You may have caught them on “Leno” and “Letterman” last year, and if so, you know to expect the bizarre, unexpected. —Brent Owen

Young Circles don’t wave any flags, but the trio and its buzzworthy debut EP, Bones, represent Miami’s strengthening hurricane of independent rock, hip-hop and, yes, electronic music. The Bottom, Miami’s nickname, explodes with color, and Young Circles’ palette of mood-altering jams reflects this Technicolor landscape on the title track, and “Halfway Up,” which sounds like Beck shoved his backing tracks through a blender. That Young Circles traipse this far merits observation: It’s 11 hours, folks … to Atlanta. Opening are Natives and Nzambi, the synth-based solo project of Christopher Cprek, formerly of Pax Titiana and Warmer Milks. —Mat Herron

Western Kentucky boys like their rock ’n’ roll loud, sweaty and snotty, and Solid Rock’It Boosters bring all three Saturday as Third Street Dive deepens its affection for rockabilly and swing. Kicking it strictly old school — right down to their names — are “Hott Rodd” Todd Anderson and “LowDown” Nathan Brown, who were originally in Th’ Legendary Shack Shakers, and the band at one time counted Brian Gray (Dangerbird) and John Wurth (Reading) among its members. Wurth will join in Saturday, as will national finger-picking guitar champion J.T. Oglesby and Josh Coffey (Bawn in the Mash). Bring an extra liver. —Mat Herron

It’s going to be raining rare ales at this year’s “East Coast, West Coast, No Coast Beer Festival” at Flanagan’s. The annual fest will feature more than 20 unique-to-the-area beers on draft, including three in cask form — Rogue I2PA, Clipper City Yule Tide aged with wood chips and Clipper City Black Cannon Triple Hopped Black IPA. What makes cask beer special is that yeast is left in the mix, which allows the brew to continue to ferment … or something like that. Beer Goddess Ashley Isaacs of Flanagan’s, aka the chick who sends out the e-mails, explained it to me … but she lost me at beer fest. Isaacs says she’s most looking forward to Goose Island Dominique, Ommegang Adoration and Quadruple Aged Kentucky Bourbon Barrel Ale. This year’s party is free, and most 8-ounce pours will be $3-$5. Donations will be accepted for Henry’s Ark. Cheers. —Sara Havens

‘Work and the Life of Alma Lesch’

Alma Lesch came to textile arts late in life, but in the nearly five decades after she left work as a grade-school teacher, the McCracken County native became a luminary in the folk-art community. Credited as a pioneer of the American art cloth craft movement in the 1960s, Lesch became a founding member of the Art Center of Louisville (now the Louisville Visual Art Association) before her death in 1999 at the age of 82. She left behind hundreds of fabric collages, sculptures and banners that remain on display throughout Kentucky and in private collections. Artist Dennis Shaffner, a longtime friend and student of Lesch, will share his insights on the “no-nonsense” creative vision of this iconoclast of small-town America, and will discuss the evolution of the utilitarian feminine housekeeping practice of “mending” to a uniquely American art form respected throughout the world. —Eve Lee

The word shelter implies more than just a building. At the least, it’s a covering similar to a bus stop; at most, it’s a sanctuary, a refuge. Carolyn Young Hisel’s visualization of the word is the latter. Her art beckons you to a haven found within.

“The longing for a safe place to rest demanded a voice in this current body of work,” Hisel says. “And as I constructed ephemeral spaces in the centers of the paintings, the world got darker around them until, at last, many layers of glazes later I found what I was looking for — a place for a soul to retreat, a safe room … a house that, even though delicate and fragile, was so full of light that it could stand in the darkness.” —Jo Anne Triplett