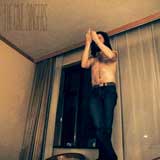 Perhaps someday, The Cave Singers will look back on this period and see it as schizophrenic wilderness years, lost and hungry for its definitive sound. They’ve released three albums in a little over three years, with this supposedly an effort to expand their sound. Problem is, despite added choral voices and a few treats toward the end, too much here sounds like other Cave Singers albums. Many songs rest solely on Derek Fudesco’s polite, repetitive guitar hooks atop a tight drumbeat, with Pete Quirck’s guttural, half-existential, half-old-school blues vocals. His possessed presence can be mesmerizing and effective, but half the time, he’s not giving the music or the band anything new, leaving another album without an identity. Sometimes The Cave Singers pay homage to Junior Kimbrough, sometimes they’re Ryan Adams. Sometimes they’re the Stones, and, once, they’re Iron & Wine.