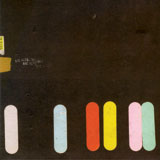 Boasting 22 fragmentary songs caked in basement-studio grime, Napa Asylum feels like a throwback to lo-fi’s early-’90s heyday, but Sic Alps rarely deliver the heart and soul that pioneers like Sebadoh and Guided By Voices brought to their home-recorded masterpieces. The album suffers from predictable pitfalls: self-consciously sloppy drumming, inconsistent levels and, most damningly, a near-total unwillingness to develop hooks. When displaying any forward motion, the band sounds fine (“Soil”), and the lyrics have a blasé, Bernard Sumner-like charm. But even alongside likable oddities like “Ball of Fame,” which resembles Cream’s “Sweet Wine” in an opiate-induced stupor, Napa Asylum is simply too long on hazy, sluggish filler. Ultimately, the album’s distinctive sonics are only as strong as the material they support, which, tellingly, is a criticism often leveled at big-budget productions with a similar lack of substance.