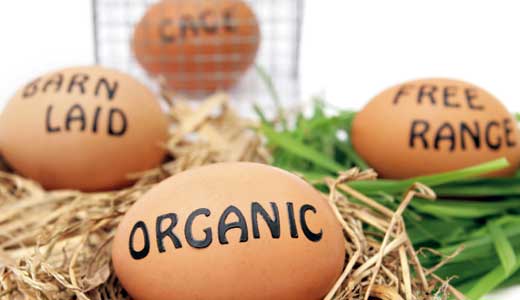 I can’t stop watching the trailers for “Portlandia,” a TV show that recently started airing on the Independent Film Channel. Starring Fred Armisen (from “Saturday Night Live”) and Carrie Brownstein (of Sleater-Kinney), the show is basically a satire of Portland’s progressive culture. It’s silly, but it pokes fun at the things Portlanders (read: hipsters) are passionate about — sustainable food systems, bicycling, coffee, beer, feminism, art … you know the type.

If you think the website “Stuff White People Like” is funny, you’ll probably get the show’s sense of humor. Topics range significantly — one trailer advises viewers to “put a bird on it!” in order to make ordinary objects go from unnoticeable to super fab, then later points out the irony that many of the artists who can’t get enough of cute bird silhouettes are disgusted by actual birds.

The episode I keep reliving in my mind pokes fun at Portlanders ordering food at a restaurant and illustrates the obsession many conscientious eaters have developed about making sure they are comfortable with where their food is coming from. Armisen and Brownstein drill the server about the chicken and whether it’s local, how much room the chickens have to roam, and what type of organic certification the farm has received. (“Is this USDA Organic, Oregon Organic or Portland Organic?”) The server goes to great lengths to explain that the chicken is a heritage breed, across-the-board organic, and pulls out the chicken’s identification papers, including a photograph of the exact bird they will be enjoying. Brownstein says it “tears on the core of (her) being to think of someone cashing in on the trend of organic.” They leave the restaurant to personally inspect the farm before they can commit to ordering the chicken.

I’m not that bad. I’m really not. But sometimes I make my boyfriend uncomfortable when I start a dialogue with the servers about what kind of meat they are serving. Perhaps the chicken episode is a little over the top, but it’s not a bad thing that people are starting to ask questions: There are many well-known problems associated with Caged Animal Feeding Operations (CAFOs), not the least of which is the practice of “green washing,” the deceptive use of labels like “free range” and “natural.” There is nothing wrong with the term “natural,” but it doesn’t tell you much beyond the basic method used to raise a plant or animal. “Free range” is also good, as far as it goes, but its range of meanings is broad: A free-range bird might not live in a cage, but that doesn’t mean it has access to pasture. And don’t even get me started on how little “minimally processed” means. Clue: It has nothing to do with the way the animal was raised.

Since recently moving to Butchertown, I’ve become clearer in my mind about what I don’t want to eat. The smells in my neighborhood are a repulsive enough reminder of the inhumane realities of factory farming, but I am also forced by proximity to witness truckloads of pigs being shipped in from around the country to meet their end. Seeing and smelling the reality of the industrial meat business has compelled me to call into question whether this is a practice I want to support. Emphatically, my answer is no.

I would surmise that most people think of eating a hamburger as eating a tiny piece of a huge animal. The reality is, so many animals are processed and slaughtered at the same time that the average hamburger can contain more than 1,000 different cows. (But don’t worry … it could also contain as few as 55 cows.) I don’t even want to think about how many animals are in single hotdog, but estimates for hamburgers are enough to make me think twice before chowing down.

There are many challenges that make it difficult for high-volume restaurants to sell large quantities of local meat. Foremost among them is limited supply. Simply put, there are not enough local farms to produce all of the meat we consume. I’d bet that a single high-volume restaurant could go through the entire production of a small farm in a year. But there is a middle ground for those who want to eat meat in good conscience.

Ask for locally raised meat when you dine out. Encourage restaurants to add at least one local meat item to their menu, even if it means the customer will have to shell out more for it, because, most of the time, people who are looking for high-quality meats are willing to pay a little more. By asking for local meat, you send a clear message to the restaurant that there are people looking for more sustainable options. When restaurants start demanding more of the supply chain, farms can up their production, and new farms can get started.

Let me go on record saying that I love Portland. It is my version of utopia — maybe because Portlanders seem to value all of the things I love. Dining in Portland is a pleasure — not only because they have amazing restaurants, but because practically every menu uses local meat that’s free of hormones and antibiotics. Vegetarian options abound.

This didn’t happen overnight in Portland, but when people start asking for change, restaurants respond. We’re not Portland, and I’m cool with that — but it is still OK to ask questions, even if it does make you feel like one of the crazy characters in “Portlandia.” You have to be able to laugh at yourself, right?

You can view the trailers of “Portlandia” online at www.hulu.com/portlandia. Full episodes are now airing on the Independent Film Channel.