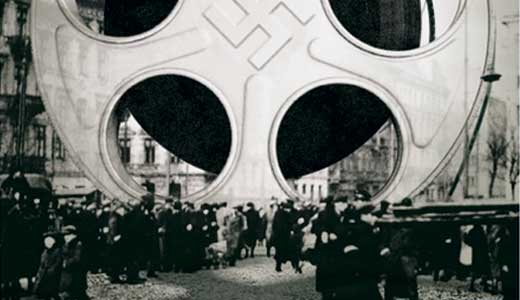 Louisville’s longest-running film festival returns Saturday to Congregation Adath Jeshurun. The 13th edition of the Jewish Film Festival opens with “Tough Crowd,” an eight-minute short by Louisvillian Jeffrey Roth, and will be followed by an Israeli feature called “Eli and Ben.” Eight additional award-winning films will be screened through Feb. 21, including “Voice Teacher,” a documentary about a Rabbi-turned-singing-coach, which will be presented in conjunction with the Derby City Film Festival, Sunday afternoon at the Clifton Center. Visit www.jewishlouisville.org for more details.

A highlight of this year’s JFF is also one of 2010’s most unsettling releases. “A Film Unfinished” attempts to decipher four reels of film discovered in a Nazi bunker after World War II. Aside from a simple title — “Das Ghetto” — little accompanied the 62 minutes of found footage: no production notes, crew names or soundtrack. What the film does contain are startling images taken from Warsaw in May 1942. More than sunken faces and mass graves, “Das Ghetto” contains scenes that present a conflicting version of history — Warsaw Jews eating in crowded, well-stocked cafés, visiting the butcher, even being honored in dignified funeral processions.

If this sounds somehow counter to your existing view of 1940s Warsaw, it should. The makers of “A Film Unfinished” later uncover an additional reel featuring cutting-room scraps. The outtakes, discovered in 1998, show German cameramen accidentally wandering into frame and certain scenes being shot over and over again until they appeared realistic. “A Film Unfinished” director Yael Hersonski sets out to discover who shot this suspended propaganda project and what they hoped to depict.

Where we can only ponder the intent of these staged scenes, Hersonski’s aim for “A Film Unfinished” is clear: to extract truth from disinformation, to show the emotional toll internment took on the Jews of Warsaw, and to portray a people on the brink of extinction.

Particularly haunting are the faces of the starving non-actors who were captured in the “Das Ghetto” B-roll footage. Hersonski slows these frames down to eerie effect, accompanying the subjects’ unforgettable expressions with a minimal, nightmarish score.

Just as compelling is the irresistible urge to empathize with the clearly confounded Jewish “actors,” who were ordered to feast and sip liquor while their neighbors on the other side of the door starved to death. What must have been running through their minds while participating in this twisted fiction?

“For me, it begins with the victim’s gaze into the camera,” wrote Hersonski in her director’s statement. “That gaze contains what is perhaps the only emotional truth not crushed under the wheels of propaganda, the only truth that cannot be possessed and that remains forever, as if to testify, ‘I was there. I existed in this world that words cannot describe.’”

To this end, present-day testimony is provided by five Warsaw survivors, elderly men and women who were children in the ’40s. They remember not only some of the faces featured in “Das Ghetto,” but the German camera operators who so fixated on Jewish suffering. We witness the reactions of the survivors, all of them in their 80s, as they view the old footage. Some cannot look, others cannot look away. One woman breaks down when seeing, once again, the bodies that lined the streets of her city. She goes on to deliver perhaps the film’s most poignant line.

“I’m so happy that I can cry now,” she says, closing the book on a dehumanized, desensitized childhood during which it seemed pointless to mourn a fallen neighbor.