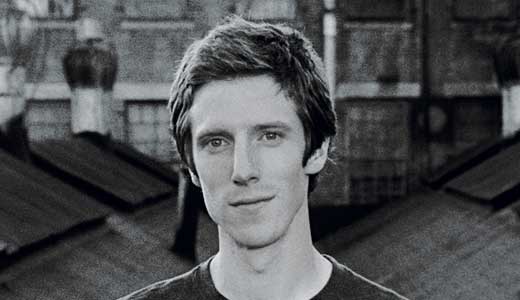 First Christian Church in Elizabethtown kicked off 2011 with a bang, a screech and a tumble. On Jan. 13, backhoes tore into 634 N. Mulberry St. to make way for a new preschool and kindergarten. The last worship service had already occurred in November, with congregants moving on to Elizabethtown Christian Academy at nearby West Poplar Street for worship.

First Christian’s fall had a big effect on Daniel Martin Moore; as a kid, it was where he experienced gospel music’s redemptive power. “That was the music I was always around,” he says. “A lot of sacred music, hymns … they were always in the forefront of what was going on musically and in my world at that time.”

In the Cool of the Day, Moore’s second solo album for Sub Pop, is his spiritual footprint. Moore’s baritone on opening a cappella number, “All Ye Tenderhearted,” sets a meditative tone; “It Is Well With My Soul” — “one of my favorite songs of all time,” he says — is rendered as a lonely call and response between Moore and his acoustic guitar. Traditional hymns sit alongside original songs and form a collection rooted in folk and religion.

Weighty as those concepts are, In the Cool of the Day is equally breezy, uncluttered and fun, just like Moore wanted it: “Pretty live and fairly simple. Nothing too overdub heavy, nothing too produced.” “The Garden” and “Up Above My Head” swing, and “Closer Walk With Thee” saunters romantically.

“The thing about this selection of the songs: This project never set out to be an album, something that gets a barcode,” Moore says. “It was never going to be that, so the songs I was thinking about recording, I either loved or knew that my family would like.”

Moore will cram a six-piece band on stage Friday at The Rudyard Kipling for his Louisville release show. In early March, he’ll head to Europe to open for Iron & Wine. It’s Moore’s second trip to Europe since December, when he and Ben Sollee, with whom he released Dear Companion last winter, opened for Billy Bragg.

“Billy is a genius,” Moore says. “People think of him as being really pushy, but he’s an activist. His responsibility is to talk about things he sees are unjust or what have you, and I admire that.”

Activism is in Moore’s blood, too. He and Sollee spent most of last year on tour supporting Dear Companion, which sought to raise awareness to stop mountaintop removal mining in Appalachia, a campaign Moore says isn’t over.

“That whole project is still ongoing. I want people to know about it and put an end to it. It’s something we cooked up as doing for a long time — until mountaintop removal is over, until it is not happening anymore,” he says. “We’re certainly getting it in front of people who haven’t heard of it.”

Last month, Moore helped produce the forthcoming second album from Joan Shelley. They met when Shelley’s other group, Maiden Radio, opened for Sollee and Moore during the tour.

“I’m supreme commander. I make every single decision that happens in the studio. It’s mine (laughs).” Jokes aside, he says, “It’s partly a logistic sort of role — helping coordinate and being a creative consultant. Joan has a clear vision about these songs.

“And I also tell everybody what to do, all of the time.”