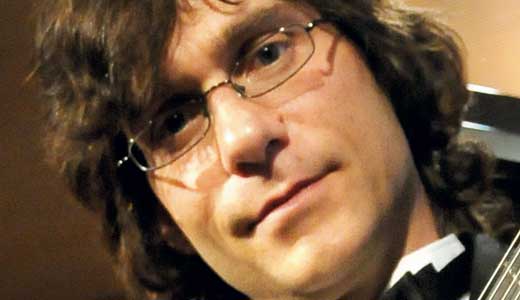 ear X-tacy launches its After Dark concert series on Saturday, Feb. 5. Lineups favor underground rock, punk, hardcore, metal and hip-hop, and the free weekly Saturday shows begin at 8 p.m. at the shop (2226 Bardstown Road, 452-1799, www.earx-tacy.com). “We have always featured a plethora of in-stores representing varying genres, and we felt it was an excellent time to do a better job of showcasing these vibrant and thriving sub-genres that make Louisville so unique,” says Sean Bailey, the store’s consignment manager. “This new series will furnish these bands that may have once thought it impossible to play an in-store at ear X-tacy with a place to play and exhibit their art as they would at an all-ages venue or house show.”

Guitar wizard Frank Vignola performs Saturday, Feb. 5, at Ogle Center at Indiana University Southeast (812-941-2526, oglecenter.ius.edu). Vignola‘s new album, 100 Years of Django, pays tribute to the late Jean “Django” Rheinhardt. Born in Belgium in 1910, Rheinhardt grew up in gypsy communes on the outskirts of Paris, where he performed banjo, violin and guitar. His biggest contribution to music was the creation of his “hot jazz” guitar style, and Jimmy Page, Jeff Beck, Eric Clapton and, yes, Vignola, name-check him as an influence. Showtime is at 8 p.m. Tickets are $29.50; Global Village subscribers can knock 25 percent off that price. Video of Vignola’s past performances are at www.frankvignola.com.