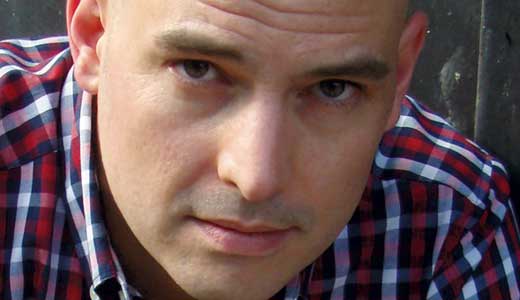 Timothy Donnelly’s “The Cloud Corporation” is the best poetry book of the year — at least if you believe The New Yorker, which published Dan Chiasson’s “Best of 2010” list and his strongly positive review of the book last year. But it’s not only the Big Apple that appreciates this tome — mega-poet John Ashbery lauded it in The Times of London, and it has received great press from The Huffington Post and the Los Angeles Times, among others.

How lucky, then, that Timothy Donnelly will visit Louisville for Sarabande’s Reading Series on Monday. A graduate of Johns Hopkins, Columbia and Princeton universities, Donnelly now teaches in the writing program at Columbia and serves as poetry editor for Boston Review. He lives in Brooklyn with his wife and two daughters.

But this charmed life serves as the underlying issue of “The Cloud Corporation”: Career and consumer obligations masquerade as satisfaction in an increasingly alienating society. Poems teem with anxiety-soaked images of existence lived at the behest of a credit-card economy that defines a massive corporatization of life, reducing even the individual to a commodity.

Dense, frantic phrases rumble like out-of-control interest rates, sweeping the reader up in the terrifying realities of our bought-and-sold souls, asking the most uncomfortable questions: How, amidst the insanities of war, exploitation and toxic pollution, are we to live a just life?

Our individual and collective debts become our actual identity: “Where would I be without you, massive shadow / dressed in numbers, when without you there / behind me, I wouldn’t be myself” (“To His Debt”). Our lives become repetitive machinery, as in “Claire de Lune”: “We push ourselves into small tasks that employ us / unrewardingly on purpose. We tire, we bore.” Even the simplest of our purchases is held to a glaring light: “I dreamt my household consisted largely of objects / manufactured by people I would never meet or know” (“The Rumored Existence of Other People”).

The long title poem entertains the idea that even clouds become figments of the economy:

The clouds part revealing the advocates of clouds,
believers in people, ideas and things, the workers
of the united fields of clouds, supporters of the wars

to keep clouds safe, the devotees of heartfelt phrase
and belief you can change with water over time.
It is the habit of a settled population to give ear to

whatever is desirable will come to pass, a caressing
confidence — but one unfortunately not borne out
by human experience, for most things people desire

have been desired ardently for thousands of years
and observe — they are no closer to realization today
than in Ramses’ time. Nor is there cause to believe

they will lose their coyness on some near tomorrow.

Poems like this unmask the corruption we are all party to, unwittingly or not. Whether in celebration of poetry or outright fear, Donnelly’s response to the madness has obviously hit a nerve.