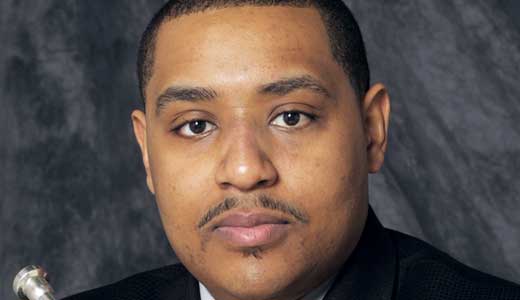 Ansyn Banks (pictured) has shared the stage with Aretha Franklin, The Temptations and Four Tops, but for the next two Sundays, he’ll be on ear X-tacy’s stage (2226 Bardstown Road) as part of Discover Jazz, a new series presented by the record store and the University of Louisville’s Jamey Aebersold Jazz Studies Program. Banks, an assistant professor who teaches jazz trumpet at the university, will lead an international quartet through bebop, hard bop and swing on Sunday, Feb. 13, before moving on to ’60s and modern jazz on Sunday, Feb. 20. Both sessions begin at 2 p.m. and are free and open to the public.

Punknews.org reports that California punkers Samiam are one of six bands confirmed to appear at the resurrected Krazy Fest, which takes place May 20-22 at Expo Five (2900 S. Seventh St. Road, 637-5218). Formed in Berkeley, Calif., in 1988, Samiam released six studio albums and and toured with Green Day, Blink-182 and Bad Religion before quietly breaking up in 2000. They continued to tour Europe and South America, and in 2006, released Whatever’s Got You Down, as well as last year’s rarities collection, Orphan Works. Chamberlain, The Bouncing Souls, Anti-Flag, Bane and By the Grace of God are also confirmed.