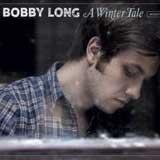 An official U.S. release at last for this British folkie whose earlier tours here succeeded through word-of-mouth and downloads of his early recordings. Those tracks were purely acoustic, showing a young man with only occasional patience for traditional structures like 12-bar blues, or even the idea of following up a four-line chorus with a ringing riff. His songs are earnest (but not oppressively pretentious) and slightly abstract like many a “new Dylan.” He meanders but understands he must keep it interesting. Some of the new CD offers the basic Long, but more often there’s additional arranging. Though never simply laid on top (like, say, the legendary “Sound of Silence” overdub), the quasi-atonal electric guitars and female harmony vocals don’t consistently achieve the desired intimacy with Long’s voice and acoustic guitar. Perhaps this stubbornly charming young man is already giving a preview of his next phase — but he’s not all the way there yet.