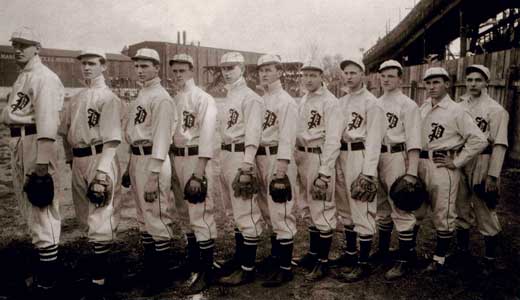 Saturday marks the 38th anniversary of Roe v. Wade, the Supreme Court ruling that legalized abortion (with a 7-to-2 vote). The pro-life/pro-choice debate is as heated today as it was then. There’ll be several events around town this week to commemorate this important decision — Tonight: performance by the Theater of the Oppressed and a clinic escort panel at Louisville Presbyterian Theological Seminary (6 p.m.); Thursday: “Speakout” on ways to normalize abortion experiences (location TBA, 6 p.m.); Friday: screening of documentary “Silent Choices” at Planned Parenthood of KY (6 p.m.); Saturday: fundraiser show with Bunny Day and the Mercy Buckets, Meredith Pass, Silo and more at BBC Taproom (7 p.m.); Sunday: annual Candlelight Vigil at the Fourth Avenue Methodist Church (5 p.m.). —Sara Havens

Like Wayne and Garth before him, Lyle Janes has to be the modern king of public access cable. During the past 12 years of “The Lyle Janes Show,” he has garnered a huge local following interviewing actors, musicians, politicians and sometimes just people with a story to tell. On Thursday, Lyle will bring his show live to The Alley Theater, and, of course, he won’t be doing it alone. He’ll have lots of homespun talent on hand like comedian C.J. Harlow, the music of The Tropaz Quartet, dancers Landy Saavendra and Mykul Valentine, and much more. Lyle also promises some surprises, so be prepared for what might turn out to be one interesting night of entertainment. —Brent Owen

Louisville original Tom Mabe has been proclaimed a “comic superhero” by sources as varied as The New York Times and Paul Harvey — and now he’s bringing his superpowers home to Louisville once again. Most noted for his outlandish public pranks, he’s released three albums full of zany phone calls and a DVD called “Prank It Up” where he pranks unsuspecting targets and captures it all hidden camera. When you combine his ability to keep a straight face in the most absurd conversations and his easygoing stage presence, it’s no wonder CMT gave him his own show in 2008 called “Mabe in America.” But when he stops by The Improv this weekend, it’ll be less pranks and more stand-up as he returns with an arsenal of all new down-home material. —Brent Owen

‘To Kill a Mockingbird’

You’ve likely read it at least once and have probably seen the movie, but no one’s going to make you take a test or write about it — unless maybe you’re one of the thousand or so students coming to the sold-out private showing at the Brown (isn’t that awesome?). For the rest of us, we get to sit back and soak in the stage version of Harper Lee’s Pulitzer Prize-winning classic, which is celebrating its 50th anniversary. But the story hasn’t gotten old, nor has its message. “This is a seminal novel that most every school child will read in school,” says Walden Theatre artistic director Charlie Sexton. “And dealing with an issue like social justice is an exercise that’s unfortunately always necessary.” —Jane Mattingly

Damaged Goods improv troupe and I have something in common. I wish I could say I was as hilariously creative as they are, but the only thing I can truthfully claim that we share is a January birthday. To celebrate their first year, the group is partying the best way they know how — by throwing a pizza party and putting on a free show. Of course, there will be birthday cake, and even presents. They’re giving away cash, gift certificates and other prizes to audience members. I’m not sure what you’ll have to do to score those, but that’s the beauty of these improvised shows — you just never know what’s going to happen. But the audience always gets involved one way or another, and they’re gonna try to keep it PG-13. —Jane Mattingly

‘Meaning of Sport in Community’

As a city blessed with the highest per capita parks-to-people ratio in the nation, Louisville has a storied tradition of neighborhood pastimes. Now, the increasing corporatization of sports as spectacle, coupled with systematic dismantling of urban neighborhoods, has changed the way people live and play. Along these lines, University of Pittsburgh senior lecturer Dr. Rob Ruck will give a series of talks entitled “The Meaning of Sport in Community: Discovering Louisville’s Sandlot Scene Through the Lens of Black Sport in Pittsburgh.” Friday’s lecture will occur at 7 p.m. at the Portland Museum (2308 Portland Ave.), and Saturday’s will begin at 11 a.m. at the Park DuValle Education Center (3610 Bohne Ave.). —Jonathan Meador

Folk artist LaVon Williams’ exhibition “Rhythm in Relief” has more than 60 woodcarvings designed to make you feel the rhythm. The exhibit, organized by the Kentucky Folk Art Center at Morehead State University, overflows with the African-American heritage of music. Folk artists by definition are untrained in the traditional art school sense. That’s the case with Williams. As a child in Florida, his half-brother, Dave Wright, had seen woodcarving done by their great uncle, Luke Wright. His brother later taught Williams, thus continuing the family tradition. The work on display at the Cressman Center is the result of more than 20 years of expanding and honing his talent at carving in wood. The opening reception is Friday, Jan. 21, from 6-8 p.m. —Jo Anne Triplett

Despite its down-home flavor, the songs on Punch Brothers’ Antifogmatic are city creations, borne of bonhomie at residencies played once the band relocated to New York. Post-Nickel Creek, Chris Thile is reveling further in the rough, but the album’s sheen remains perfectly recognizable thanks to producer Jon Brion, who had balked at Thile’s request before diving headlong into the sessions. Those who were put off by the classical-movement aura of Punch’s 2008 debut will wear Antifogmatic like a pair of comfy bluegrass dancing shoes, high-stepping as the quintet effectively turns the Bomhard’s pedestrian stage-with-audience setup into folksy parlour romp. —Mat Herron

It Gets Better Project

Justin Aaberg was a good student with a loving family and many friends. But that wasn’t enough to prevent the openly gay Minnesota high school freshman from committing suicide after being the target of relentless bullying. “I wish I could have talked to that kid for five minutes before he killed himself,” syndicated sex columnist Dan Savage said upon launching It Gets Better, an Internet video project intended to provide victims of bullying and gay bashing with a message of hope. It’s a message Highland Presbyterian is helping to spread: On Sunday, the church’s high school youth will tape an open-mic session during which the public is invited to share personal stories about bullying and, more importantly, overcoming such hate. Attendees also will be asked to take a pledge to speak out against intolerance. The video will be posted on YouTube and the It Gets Better website. —Sarah Kelley

We Are The Willows

Northern Hemispheres foment music in a way that is either bone-crushing (Norwegian black metal) or indicative of warmth (Bon Iver). Peter Michael Miller’s songwriting for Minneapolis-based We Are The Willows hews to the latter, his repertoire floating above wide bends of bedroom electronica along with wintry acoustic and piano dazzle. Last year’s full-length came out via Amble Down, the Wisconsin house that helped launch Bon Iver and The Daredevil Christopher Wright. Miller’s routine creates icy lakes of shimmering frailty, and although his androgynous timbre stumbles into post-emo territory, there’s enough diversions to cancel out blunder. Justin Lewis opens. —Mat Herron

She began the modern age of stripping and has been gone 40 years, but Gypsy Rose Lee even now seems to be revealing new sides to herself — and at a pace that would suit her spirit. A new Lee biography has come out — thorough and provocative in its own right — and author Karen Abbott is coming to the Main Library on Monday evening. “American Rose: A Nation Laid Bare: the Life and Times of Gypsy Rose Lee” shows classic American characters adapting to the Roaring ‘20s and the Great Depression that followed. The young Rose Hovick made it through the death of vaudeville and the pressures of a torturous stage mother by becoming a striptease sensation. Her new stage name and flirtatious reputation caught fire around the world, and Lee rode through the Golden Age of Burlesque and onto decades of unexpected career sidelights through bold creativity and an iron will. The reading/signing is a free event, but tickets are required. —T.E. Lyons

Four local groups have gotten together to bring international textile artist Jane Dunnewold to town, and they definitely plan to keep her busy. U of L already has her exhibition “Etudes: A Daily Practice” up. Dunnewold will give a lecture on creative inspiration on Wednesday, Jan. 26, at 6 p.m. at the university as well as lead a workshop from Jan. 27-29. She then heads over to the Jewish Community Center on Sunday, Jan. 30. She’s the juror for the Louisville Area Fiber and Textile Artists (LAFTA) competition and will be there at 1 p.m. discussing her selections. Dunnewold’s next workshop is at the Carnegie Center from Jan. 31-Feb. 2. She’ll also give a talk on “Existing/Emerging: Genres within the Art Quilt World” there on Tuesday, Feb. 1 at 7 p.m. —Jo Anne Triplett