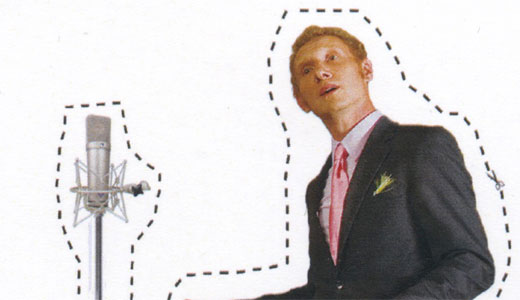 The Deloreans’ singer Jeremy Perry: “An excited dude once came up to me after a show and said, ‘Maaaaan, y’all remind me of, like, Sinatra in Vegas.’”

The Deloreans return with their sophomore album, American Craze, on the heels of their successful debut, Love Outrageous. Singer and producer Jeremy Perry talks musical maturity.

LEO: How do you think American Craze challenged you?
Jeremy Perry: We felt we’d like to thicken the plot. With our first album, we sorta invited people to our musical home, but then there wasn’t that much to do. Maybe you got some sugary treats when you walked in the door. With American Craze, we have them in our home now and lovingly afford them the opportunity to feast upon our finer and more luxurious musical courses.

LEO: How do you see your growth as a songwriter now that the Deloreans’ success affords stability as a music identity/channel?
JP: A perfect question for me to mention my favorite Coco Chanel quote: “So many cares disappear when one decides not to become something but to be someone.” Most people will spend their lives trying to be the former, just wanting to be “something.” I think we now can, after some maturity, see more clearly who is the “someone” we are, our path, what makes us different, distinct.

LEO: What do you feel you wanted to “nail down” on this album?
JP: Letting people know who we are is the most important thing. You know, why you should listen to our music … You can’t really get what we do from any other band. But in general, we wanted to bring everything to the next level. Better songs, better recordings, better artwork.

LEO: What do you want existing fans and new listeners to find in American Craze?
JP: (Love Outrageous) had some catchy songs, some exciting sounds and interesting subjects. But that’s about it. I don’t mean that in a bad way; that’s exactly what we intended. The songs on American Craze are even more endearing and memorable, but listeners will find that there’s also more substance. I’ve got less inhibition now regarding what I want to write about. I think that was my main goal with this album: more development.

LEO: Describe the Deloreans in 25 words or less.
JP: An excited dude once came up to me after a show and said, “Maaaaan, y’all remind me of, like, Sinatra in Vegas, David Lynch, and bein’ at the beach.” I like that.