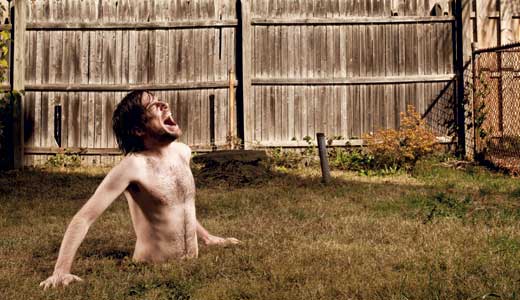 Girl Talk a.k.a. Gregg Gillis is touring on the release of his new mashup, “All Day.”Photo: Paul Sobota

What do Ol’ Dirty Bastard and Radiohead have in common? Nothing unless you’re Gregg Gillis. The Pittsburgh native known as Girl Talk spends less time doing equations and more time exposing common threads in popular music. Even though he insists he isn’t a DJ, the hordes who follow Gillis’ scientific mixes probably will disagree. He headlined Forecastle in 2007, came back to sell out Headliners, and keeps only a thin barrier between himself and the audience, as if he were just another bro clinking beer steins. This week, Gillis ushers in the decade with an itinerary of worldwide house parties, and Louisville’s happens Saturday, Jan. 8, at Expo Five (2900 S. Seventh St. Road, 637-5218). Doors open at 8 p.m., and tickets are $25.

Werk it out
Psych, electronica, soul and blues fuse together in The Werks, the quartet that includes keyboardist Norman Dimitrouleas. A chess player and avid skier, Dimitrouleas has been a jam-band scene fixture since he was 18 and helped found the three-day Harvest Jam in Yellow Springs, Ohio. The band, which bills itself as psych-trance funk, posted its live album for free at www.thewerksmusic.com, but the real thing happens Friday, Jan. 7, at Headliners Music Hall (1386 Lexington Road, 584-8088). Tickets are $8 (adv.) $10 (door), and show time is 9 p.m. Opening is Booty Sweat, a Kentucky-born, mashup-friendly DJ and producer affiliated with Underlying Themes. The combination record label/T-shirt shop/multimedia house opened its own offices in Atlanta and hosts dance parties throughout the Southeast. Secret Beat rounds out the bill. —MH

Hawke eyes
Bluegrass and Brooklyn mix when teacher-singer Hilary Hawke and backing band The Flipsides perform Tuesday, Jan. 11, at The Rudyard Kipling (422 W. Oak St., 636-1311). Hawke plays clawhammer and fingerstyle banjo for a set that alternates between raucous and reserved, with mandolin heavyweight Jacob Tilove joining the fray. In November, the group began recording a live album, Crow’s Heart, at New York’s Jalopy Theatre, an oasis of old-time that doubles as a classroom for teaching mandolin, ukulele and fiddle. Cover is $5, and the show begins at 9:30 p.m., after the venue’s weekly silent movie screening. Thomas A. Minor & The Picket Line open. —MH