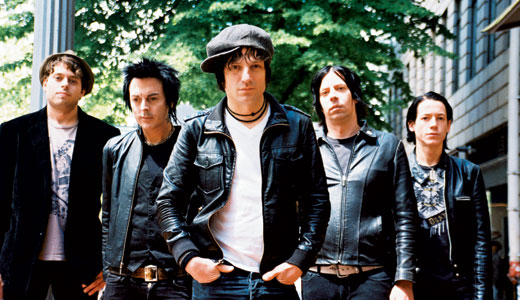 Some musicians get tagged as punk rockers early on simply because they understand life’s grittier side and know how to pull off fast and focused songs. Alejandro Escovedo and Bruce Springsteen are two who never quite fit that mold, and have pretty much outgrown anyone’s attempt to label them.

The same can be said of Jesse Malin, who comes to Zanzabar Friday. Malin recently performed at a benefit concert alongside both of those artists, as he told LEO during a recent sound check. “It was great to have my band there — standing up and touring with The St. Marks Social — and the most powerful fun thing I’ve done as far as live playing is to have Bruce there to see the show and then come out for ‘Broken Radio.’”

The studio version of that duet is a highlight of Glitter in the Gutter, the 2007 release that earned Malin some overdue attention. It was followed up by a covers collection, On Your Sleeve, on which the New York singer-songwriter brought new life to songs both expected (“Walk on the Wild Side”) and way unexpected (Elton John’s “Harmony”).

Malin then looked for a new band and different sound for the fine, tight Love It to Life. “This is a record that I wanted to make more rhythmic and more groove-oriented — more to be played loud and live. Todd Youth, the guitar player — he had toured with me in D Generation … He came into town, was in New York playing with Ace Frehley of Kiss, and we started talking and hanging and figuring things out, and things got really crazy.”

Released last year, the album’s raucous atmosphere frames Malin’s melodic and literate street anthems, with added support from a variety of friends, including husband-and-wife Ryan Adams and Mandy Moore. As has been the case through Malin’s career, New York City is metaphor and setting for many of the songs. “It’s a dying city that keeps being reborn,” he says. “A lot of my records and songs have to do with that phoenix act of coming back — coming back out of the flames.”

January shows are part of Malin’s plan to prime the pump for The St. Marks Social’s next recordings. “We’re taking off the month of February to camp out in New York in the studio. We’re going to be working up a lot of material … we’ve already started to write. I think the trick is to do one month in the studio working up songs, rehearsing and writing. Then one month on the road, hitting it, banging it … getting that live energy going.”