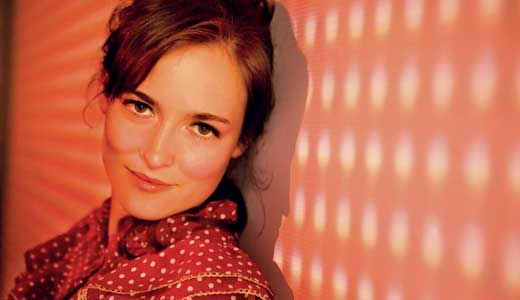 Gentlemen Hounds is the new studio project from Derek “Child” Monyhan, formerly of Villebillies, and Andy “Dufrane” Crompton (Phunkin’ Pie). Monyhan, who left Villebillies back in March, is producing all the music out of his basement studio. The duo posted four songs on its Reverb Nation page: “Lady and the Hound,” “Perfect Man,” “Copy Machine” and two mixes of the song “Home Girl.” Download them for free at www.facebook.com/GentlemenHounds.

Dawn’s back
High school won’t be all awkward lunchroom conversation on Saturday, Jan. 8, when Dawn Landes performs a benefit show at Ballard High School’s Performing Arts Center. 2010 has been a breakthrough year for the Louisville native, whose album Sweetheart Rodeo landed her opening slots with Feist, Suzanne Vega, Jose Gonzales and The Swell Season. Landes has continued to make a name for herself with the construction of her own recording digs, Saltlands Studio, recently profiled in Tape Op magazine. She’ll stick around the following night to play an all-ages show beginning at 7 p.m. at The Rudyard Kipling (422 W. Oak St., 636-1311).

‘Calm’
The new EP from Louisville native Dustin Edge arrives Jan. 25. The songs, many of which were acoustic skeletons written before the making of Edge’s previous EP, By the Numbers, were recorded at Gallery Studios in Williamsburg, Brooklyn, and produced by Brian Forbes. Check out www.dustinedge.com.