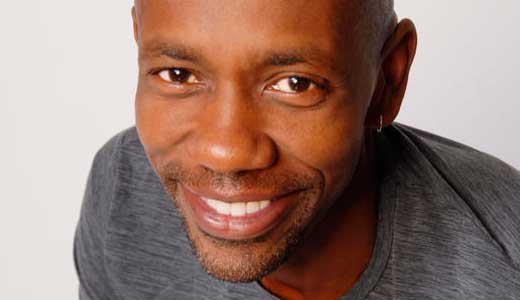 Tim Northern does what Tim Northern wants. And this holiday weekend, he wants to headline not one, but two comedy clubs — The Improv (with Sarah Hyland and Jamie Utley), and Comedy Caravan’s “Best of the Bluegrass III” show. And that’s exactly what he plans on doing. Northern is a Louisville transplant by way of Nashville, and he’s been one of the most well-respected comedians on the scene since he arrived here. His brand of comedy has been compared to people as diverse as Dave Chappelle and Mitch Hedberg, but ultimately, he’s all Tim Northern. While he’s in town, he will be promoting his upcoming CD, Tim Northern’s Second Album.

LEO: Tell me about the first time you went onstage.
Tim Northern: The first time I went onstage was a complete and total blur. I was 19, thought I was funny, knew I was funny, like, “Yo, I’m funny, man!” But I didn’t know how to be funny onstage in front of twentysomethings. I imagine I stumbled my way through it, and I survived it, but I don’t know exactly what happened.

LEO: A lot of the younger comics in Louisville look up to you.
TN: Because I’m tall!

LEO: Do any of them have a real future in comedy?
TN: It’s hard to say. There’s a couple I see, but I don’t wanna call anyone out individually. You never really know who’s going to hit it big — did the people that hung around Seinfeld know he was going to be the one to get big? But there are people I’ve hung out with and thought, “Man, why is this guy not huge?”

LEO: Is it strange to be doing both Louisville clubs in the same weekend, because there seems to be some tension between them?
TN: Yeah … but there’s no tension between me. I’m a bring-’em-together guy. I’m Bill Clinton.

LEO: Having two little kids, is it tough balancing family with the road?
TN: Nah, it was at first, but it’s cool. I’m away a lot some days, and sometimes I’m there for like three days straight … and that’s when we get on each other’s nerves — so they’re glad to get rid of me.

LEO: What’s the worst gig you’ve ever had?
TN: I’ve had some horrible gigs, but I think I’ve tried to block ’em from my mind. I can’t think of one that stands out. Any that the check bounced on was my worst gig.

LEO: I know you’ve worked with Jamie Utley a lot, but have you ever worked with Sarah Hyland before?
TN: No. I hear really good things about her, though — she’s got a lot of characters, and she’s really irreverent. I met her once, and she was pretty easy on the eyes. “Easy on the eyes?” What? Are we 50? But she did a guest set, I came in too late to see it, but I met her … she probably doesn’t even remember.

LEO: Have you ever told a joke onstage and regretted it?
TN: I’m sure I have.

LEO: … like dropped an F-bomb in front of a church crowd or something?
TN: Oh yeah, I’ve done that. I’ve tasted foot. I’ve done that shit.

LEO: When something like that happens, how do you recover without losing the audience?
TN: You start eating a Twix.

LEO: Metaphorically or literally?
TN: Both. [laughs] No … you just try to recover, man. You just act like you didn’t do it, even though everybody knows you did. It’s like fartin’ in an elevator when everybody knows it was you.