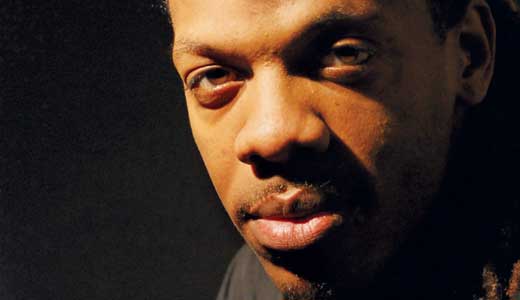 Owens has been releasing a song from the new album every week via his ReverbNation homepage, www.reverbnation.com/truthbtoldpoet, but this will be the first time you’ll be able to buy it in full.

His style incorporates elements of hip-hop, neo-soul and inspirational music, in addition to straightforward poetry. So far, the alchemy seems to be working: “My Testimony,” which appears on Lyrical Therapy, earned him the 2010 National Poetry Award for Poem of the Year, and he will tour the country next year as part of Black Entertainment Television’s Black College Tour.

He appeared in the film “How You Look to Me” with Frank Langella (of “Frost/Nixon”), opened for Chrisette Michele, and has a collaboration with Maestro J. titled “Word/Play” now in production. Owens is hoping his Kickstarter campaign will raise enough money for him to complete Lyrical Therapy Volume 3.

Music Cast
Smooth jazz saxophonist Rick DeBow (www.myspace.com/safesax57) joins us in the offices to talk about his recently released album, Weak in the Knees. Listen at Bluegrass Catastrophe, bluecat.leoweekly.com.