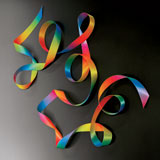 A creative sea change, Return of the Century lives up to the title’s grandiose implications. Two founding members departed this Chicago pop collective after the release of 2007’s Cold and Kind, but the subsequent directions that muses Edward Anderson, Jeanine O’Toole and Caroline Donovan took both individually (stints with Mahjongg, Disappears, etc.) and collectively (um, this record) only renewed the band’s energy. Shimmering harmonies hover above, in and around carefully constructed music that makes the most of its time (no song lasts more than 3:59). If the a cappella verse kicking off “Tucson” sounds too cute, wait for the chorus of “Bmore,” and weeping strings filtered throughout “Jean Demon,” which should’ve been the closer. “Sanzimat,” with its killer ribbon of distortion, shimmering vocal harmonies and propelling acoustic guitars and drums, end on an up note. “There’s a lot you can lose if you don’t go after it/The moment passes and you can never capture it.” Luckily, The 1900s have.