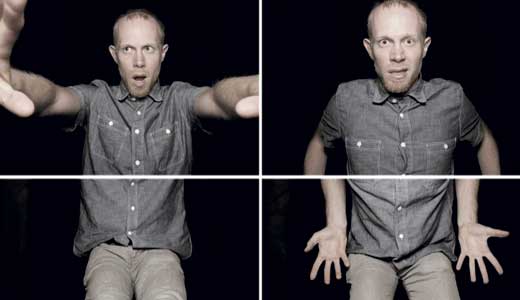 It started with a DeLorean.

“I’m a big, huge ‘Back to the Future’ fan,” says local chef Stanley Chase III. “In high school, I was in a band called ‘You’re My Density,’ which is from a line in the movie. So one day a friend of mine sent me a link to this guy who was trying to build a life-size DeLorean, which was basically a hovercraft made out of Styrofoam and wood.”

The awesome-sounding link Chase clicked on would, incidentally, have a profound effect on his future: It took him to the website Kickstarter, an online fundraising system wherein individuals — in this case, those obsessed with time-travelling DeLorean sports cars — can put their pet projects before the almighty web to solicit donations from interested parties the world over. Costly art installations, music recording expenses, film production outlays, DeLorean construction and much more can be funded via the power of the Internet and the diverse interests of the people who use it.

Since its founding in 2009, Kickstarter has raised millions of dollars for projects varying from the practical (the TikTok converts your iPod Nano into a touchscreen wristwatch) to the ambitious (Diaspora, a Facebook-surrogate that respects your privacy) to the purely artistic (“Blue Like Jazz,” the first feature film to be “crowdfunded” by Kickstarter).

As a result of his chance discovery, Chase has started his own Kickstarter project, a vegan food truck dubbed Morels, so named after the famed exotic mushroom — “the king of mushrooms,” says Chase, “my favorite mushroom in the world.” Morels would ideally rove around Louisville feeding the likes of starving hipsters outside late-night music venues as well as the working stiffs in downtown’s hospital district.

“My idea was totally on the backburner (before Kickstarter),” Chase says. “I had everything laid out. I wrote out a full business plan, how much my start-up costs would be, and I made a really nice packet because I was going to try and
get investors.”

But after going the traditional route (i.e. schmoozing investors) and realizing he could do it cheaper by taking his food on the road, Chase started his own Kickstrarter page where, as of press time, he has raised more than $5,000 toward his $12,000 goal of obtaining a food truck, covering his operating costs, and producing delicious vegan food including buffalo seitan “wings” and veggie Vietnamese-style hot dogs.

“An investor that’s business-driven gives you a big sum of money,” he says, “and there can be zero heart behind that, usually. They think, ‘OK, this could be a feasible business where I could make my money back and then some,’ whereas the people that are giving right now are giving whatever they can because they believe in what I’m doing. There’s like a camaraderie that’s happening around the city.”

But Chase’s mobile vegan restaurant isn’t the only Louisville beneficiary to the “crowdfunding” movement. On the website’s Louisville page, there’s an independent romantic comedy, “SPLIT,” by Derby City Productions; the successfully funded “Live at Skull Alley” 7” record series; and “A Portrait of America Through The Eyes of A Photo Booth,” an ambitious new venture from the masterminds behind the Magnolia Photo Booth Co.

“A photo booth is one of the last photographic tools that actually creates something that is unbiased,” says Mag Booth co-founder Peter Tower. “Everyone looks at magazines, and there are pictures out there that are from fancy studios of celebrities and politicians where there’s a lot of money spent on photo shoots. What a photo booth does is it creates a really awesome image that doesn’t discriminate.

“The great thing about a booth,” he continues, “is you can take (a photo of) Barack Obama and then my fifth-grade school teacher, one after the other, and it’s the same quality, it’s the same booth, but you have this amazing difference in the people.”

With that ethos in mind — and drawing inspiration from Robert Frank’s 1958 cross-country photographic masterpiece “The Americans” — Tower and company hope to raise enough money to put one of their acclaimed photo booths inside of a Westfalia camper van and take it across the country to collect the images and stories of the people who make pledges to the project via Kickstarter.

For example, if just a handful of people in Idaho make $20 donations to Mag Booth’s project, then their Westfalia van will make sure to stop in, say, Boise to take their photos — not to mention supply them with complimentary T-shirts. Once their tour is completed, the photos will be compiled in a book chronicling the various images of people across
the country.

“I’m a fan of Kickstarter in terms of what they do,” Tower says. “It provides a platform where everyone, from artists to regular individuals to small companies can go in there and go, ‘Hey, here’s an idea. What do you think, America?’”

To donate, visit www.kickstarter.com and search for the recipient of your choice.