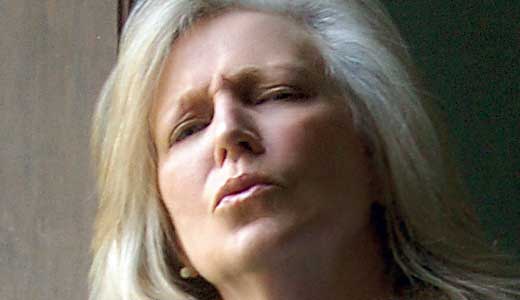 The weekend of Dec. 4 seems to be all about Marshall Chapman. The Americana singer-songwriter’s schedule includes a Saturday afternoon in-store at ear X-tacy, a guest DJ spot on WFPK, and a concert at The Rudyard Kipling. But Chapman herself sees these events in terms of the late Tim Krekel.

For one thing, her new album has been hailed as a masterpiece. It’s thoroughly saturated in the lore and legacy of Krekel. His quick downfall to cancer cut short his ongoing collaboration with Chapman, who had been hesitant to record in recent years.

“I just wasn’t goin’ to do any more CDs. I just thought I was gonna hang it up,” she says. “Because I was working on a book (‘They Came to Nashville’), I have a couple of columns for a couple of magazines. I was just sort of happy writing prose and living a more contemplative life than (being) on the road playing rock ’n’ roll with all the smoke and noise and insanity. And then Tim dies. I often say, ‘We make our plans — and then there’s life, and life’s plans trump our plans every time.’

“When Tim died, pickin’ up my guitar seemed to be the only thing that would comfort me. And it’s almost as if he’s given me back this gift of music — because now, I want to play music a lot.”

With a couple of salvaged Krekel vocals and an appearance by his son Jason, Big Lonesome is a beautifully cohesive tribute. Some of the material was originally written about romantic tribulation, but the performances convey the heartache of absent friends. Chapman gathered an appropriate ensemble of aces to play with her, but she’s still amazed at what these sessions accomplished.

“I don’t know how it happened … this album, I made it for Tim. I wanted to make a great record to honor my friend, and I wanted people to know how much I loved him.”

Saturday’s show might challenge Chapman, as she considers the Rud sacred ground: Krekel’s wedding reception took place there shortly before he died. Also, despite decades of touring (she was already an industry veteran when she met Krekel in the ’80s, in Jimmy Buffett’s band), the Dec. 4 performance will be the first Louisville show Chapman has played without sharing the stage with her old friend.

But as she starts to play, likely with a first set consisting of her new album in its entirety, she’s confident that “he’ll be with me — he just won’t be there in the flesh.”