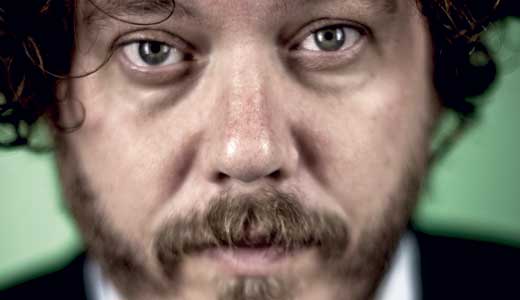 More working families in the region are going hungry and making the tough choice between eating and paying bills.

In 2009, Dare to Care served 192,000 people in the nonprofit’s service area, which includes Louisville Metro, six counties in Kentucky and five in Southern Indiana, an increase of 67 percent over the last four years.

That number “correlates pretty closely to the downturn in the economy,” says Brian Riendeau, Dare to Care’s executive director.

According to a study published earlier this year by Feeding America, an umbrella network of food banks in which Dare to Care is a member, one out of every four children under age 5 in Dare to Care’s service area is at risk for lacking enough food to live a normal, healthy life. The numbers for adults are only slightly better — one out of six risks going hungry.

“That number is consistent across the state and across the country,” Riendeau says.

In polling people who receive donated food, Riendeau says Dare to Care is talking to a greater number of families with two-parent households where both parents work.

“When times are good, if you’re working two jobs, you can pay the rent, you can make your car payment, you can buy your groceries,” he says. “If you happen to have your hours cut back or you lose one of your jobs — you’re 30 days away from having to make a tough choice. The good news is, so far, the community has responded.”

Food drives organized by Jefferson County Public Schools, Boy Scouts of America and public radio station WFPK make up 10 percent of the food donated to Dare to Care. Thirty percent comes from manufacturers and retailers like Kroger, Wal-Mart, Target and Kellogg’s, and another third comes from the U.S. Department of Agriculture’s commodity program. “We try not to depend on any one source of food,” Riendeau says.

Cash works as well as Campbell’s Soup. Last year, Dare to Care spent almost a million dollars buying food from places like Gordon Food Service, which has a distribution center in Simpsonville, Ky. For every dollar that is donated, Riendeau says, the agency can provide four meals.

With 9 percent of Americans unemployed, and predictions of a slow economic recovery, Riendeau is quick to point out that hunger has been, and will likely remain, a year-round concern.