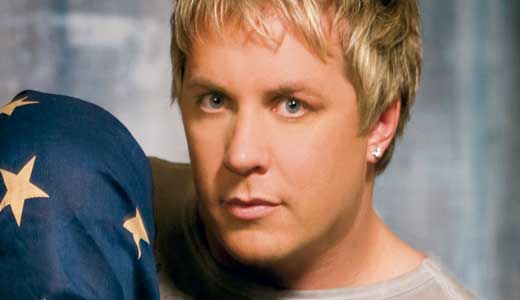 “Mystifier” Mike Super specializes not just in magic and illusion, but in getting his audiences in on the fun. Super, who started performing magic at age 6 wearing a Halloween-costume Dracula cape, routinely makes audience members levitate four-and-a-half feet off the ground, makes it snow from his bare hands, and breathes life into pieces of paper so they dance.

In 2007, Super was the winner of NBC’s “Phenomenon,” a live television contest that entailed 10 magicians, mentalists and mystifiers vying to be voted best entertainer on the show. Since then, he’s been touring the country, playing to packed audiences; he even finds time to read fans’ minds via Facebook chat (just go to Facebook.com/mikesupermagic and think happy thoughts).

After finishing up some filming for a forthcoming TV show in Los Angeles, he took time to talk with LEO about his act and his show Saturday at the Brown Theatre as part of the LEO A Little Off Center Series.

LEO: You’ve been obsessed with magic since age 6. At what point did you realize you had a shot at doing it for a living?
Mike Super: I was doing my 12-year-old friends’ birthday parties. I did magic through high school, and in college I was doing restaurant magic — they would pay me to do it at people’s tables. I went to school for computer science, but I was making more doing (magic) than the starting salaries I was hearing during interviews. I said, “I can’t take the pay cut to not live my dream.” If you do what you love, you don’t ever have to work again.

LEO: What do you think it is about performing magic that has kept you so passionate about it?
MS: That’s a great question. It’s almost like asking, “Why is your favorite color blue?” The only way I can describe it, and my wife will back me up on this, is that it’s an obsession; it’s almost like an addiction. I’ve always kind of loved the look on people’s faces, but sometimes the way it works intrigues me more than the reactions I get. I love simple brilliance.

LEO: What specifically differentiates a “mystifier” from a “magician”?
MS: (The phrase “mystifier”) opens options; it’s more generic. On the “Phenomenon” TV show, there primarily were what are known as mentalists. I do a little of everything: I do mentalism, but I also do magic, slight of hand, illusion and sometimes I’ll do an escape. If you say you’re a magician, people think of a guy in a tuxedo with scarves at a child’s birthday party.

LEO: What is the most difficult-to-execute feat of magic in your act?
MS: When I’m developing an illusion, I often take an emotion I want the audience to feel. I make it snow in memory of my mom because snow was one of her favorite things. I’ve always prided myself on being interactive; I’m kind of the Wii of magicians. The most difficult one we do is we make a vehicle appear on the stage … We get people onstage at random and they decide what we’re going to make appear, including colors and different physical attributes. The hard part is psychologically controlling the audience and having it all work out correctly.

LEO: One of your main tricks is levitation. Are you going to levitate anyone at the Brown?
MS: Yes we are! We do it with other audience members surrounding them onstage to ensure kind of scientific test conditions. We’re going to make someone disappear, too. You can bring your mother-in-law.

LEO: Any chance you can make the federal budget deficit disappear, too?
MS: (Laughs.) I do magic, not miracles, sorry.