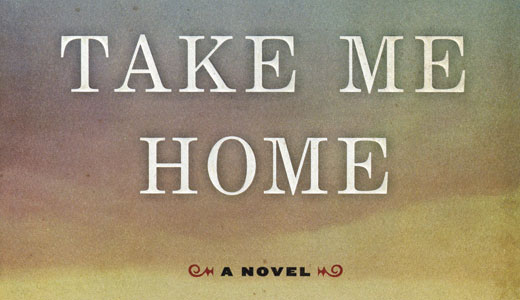 “It hadn’t bothered her at all to come upon a person’s bones. That was the Territory, she guessed, seeping in.” The territory in question is Wyoming in the 1880s. The woman who has become somewhat callous is Addie Maine, a 20-year-old from Kentucky who followed her homesteading brother and got a lot more adventure than she bargained for.

“Take Me Home” is the second novel from Brian Leung, an associate professor at the University of Louisville. He leads Addie into the heart of the conflicts between miners and railroad workers of European descent and their Asian counterparts, a struggle that culminated in a mob-driven massacre. Leung manages his research well, deploying historical anecdotes and trivia at a nicely balanced pace.

The story is hung on a very sturdy frame — though it might be one that’s suffered from recent overexposure. There are many parallels between this story and the plot of “Titanic.” A noble outsider meets a young woman who’s initially confused about social roles, but she shows courage. Then comes a tragic spectacle made worse by prejudice. And it’s all bracketed by a look forward to the woman as a celebrated senior citizen who still has attitude to spare.

Some of the plot and character arcs may be familiar, but Leung sets himself apart in important ways. His settings — mine camps, backwoods Kentucky, even empty scrublands — accumulate a fine depth of character. Despite his desire to add in historical detail and fictional backstory and foreshadowing, the author rarely seems to be laying it on thick. Some of the secondary characters get short shrift, but that’s only noticeable because the balance of vivid characterization, engaging scene-setting and realistic plot development is so good.

In fact, some of the standout moments come when Leung knows he’s throwing in some writerly bits of self-indulgence. He carefully plays with the order and timing of flashbacks. He drops the pace, which isn’t exactly propulsive to begin with, to delve into his characters’ grieving, a technique that doesn’t hasten the development of the plot, but imparts emotional depth to the characters’ inner lives. Some of the diversions and poetic devices don’t work completely (many will put the book away thinking “Huh?” about a character whom we last see taking a bath), but Leung pulls off more than enough of them to keep the formulaic aspects of the story from dominating.

“The Chinamen were no saints, she understood, but what man was?” The novel would be improved by showing this to the reader, instead of merely telling it. Fortunately, the most prominent character from the Chinese side of the mining camps is so well drawn that Addie’s affection for him easily and readily becomes the reader’s. Though this novel is far from perfect, it delivers well on a personal level and as a scaled-down historical epic.