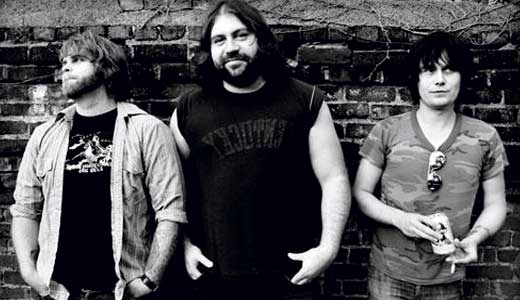 Trophy Wives’ new album is due out in summer 2011.

Rodney Hope liked to rock. The owner and operator of East End Painting, who died Dec. 5, once worked for Thin Lizzy and Boomtown Rats while living in Europe. In the mid-1970s, he moved to California, where he was a fixture in San Francisco’s music scene, and befriended The Grateful Dead and New Riders of the Purple Sage.

Headliners Music Hall (1386 Lexington Road, 584-8088) hosts a benefit concert Thursday, Dec. 30, in Hope’s honor that also will raise money for his 20-year-old daughter, Phaedra. The line-up includes Ricky Feather of Bodeco acting as DJ, Born Cross-Eyed, and a tribute band named after Hope that features members of Dog House Kitchen. A minimum donation of $5 is suggested; no advance tickets will be sold for the 18-and-over show. Doors open at 8 p.m.

New jams
The Deloreans’ singer and guitarist Jeremy Perry reports that the band’s new album, American Craze, will come out Jan. 18. No word yet on any scheduled live dates. Trophy Wives have two albums in the pipeline. The first as-yet-untitled record is due out July 26 on Chicago label Latest Flame (Waxeater, The Slats), with the second untitled release coming from Noise Pollution, also next year. For a taste of what the Wives’ material sounds like, you can see them New Year’s Eve at Cahoots (1047 Bardstown Road, 9 p.m., $3) with Zombie Chickens from Outer Space and Trails.

Music Cast
The alt-folk trio Jubalson (myspace.com/jubalson) joins us in the offices to talk about their new EP, Wake. Listen at Bluegrass Catastrophe, bluecat.leoweekly.com.