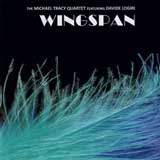 Soprano and tenor saxophonist Michael Tracy and pianist Davide Logiri’s musical collaborations began four years ago while Tracy was teaching in London. On this collection of standards and new work, these kindred spirits rope in a cast of jazz all-stars in any town, much less Louisville: guitar wizard Craig Wagner, bassist Doug Elmore and drummer Terry O’Mahoney. They shoot the moon by taking on a slightly reworked “Freddie Freeloader,” but in competent hands, the version is less an insult and more a point of intrigue. Small complaint: It would be nice to see greater original output, with less of a focus on staying faithful to jazz standards. Due respect to history, but there’s something to be said for moving on.