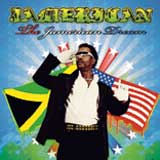 Produced by Jon Conver, this is the dancehall splash from Earlington Taylor, aka Jamerican, who was born to a teenage mother in Kingston and raised there until he was a teenager himself. Behind the scenes, this album belongs to Louisville as much as it does Kingston. Recorded here by Taylor, Conver and guest singer Carrie Jennings, all of whom are YPAS graduates, The Jamerican Dream foams with fuzzbuster synths, throbbing bass and Taylor’s aggressive dancehall rap. The genre’s infrequent sidetrips into the world of homophobia and misogyny are avoided here, as “Never Can Say Goodbye” comes off as an earnest apology card to a jilted lover, and the team takes a break from the clobbering beat factory to throw in a peace anthem, closer “Hatred Is Not An Art.”