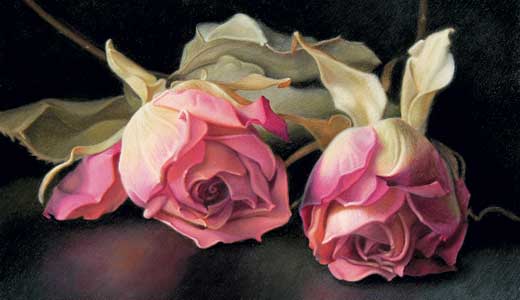 Hear ye, all ye Shakespeare fans and non-fans alike whose minds need a blowing — U of L Theatre is digging up a delightful one with the last of the Bard’s comedies. As always, don’t be frightened of the fancy language — the piece, a mouthful of dark comedy, explores familiar issues like the abuse of power and the exchange of sex for political favors. Find out what happens when Juliet’s baby-daddy gets arrested by this chump that’s standing in for the Duke, who is “out of town,” but not really. “I was more and more drawn to the common people in the play,” director Rinda Frye says. “Shakespeare sees them as amusing and portrays them as morally flawed, yet as deeply human as you and I.” —Jane Mattingly

When her classmate Daniel Hand suddenly vanishes, aspiring filmmaker Shannon sets out to make a documentary about him, uncovering clues along the way about who he really was, or wasn’t, and what might have become of him. The second play in Walden Theatre’s Slant Culture series, which features new works about complex teenage characters, “The Disappearance of Daniel Hand” grabs you by the arm and takes you on Shannon’s quest, during which she unlocks secrets about Daniel, her friends, complete strangers and, especially, herself. This production allows Walden students, young masters of classic theater, to offer a realistic portrayal of high school — a sometimes dark and complex time, even in the absence of tragic circumstances like those portrayed in “Disappearance”. —Jane Mattingly

Starting in downtown Louisville, the drive to Hazard, Ky., is about 200 miles, and although the region has been decimated by mountaintop-removal mining, the four-hour drive comes highly recommended. At Carmichael’s on Nov. 19, author Sally Van Winkle Campbell brings a bit of Appalachia to you. The granddaughter of Kentucky bourbon-distilling legend Pappy Van Winkle, Campbell has authored a new book, “Saving Kentucky: Greening the Bluegrass,” which speaks to the tradition of a common love and respect for the land, as well as chronicling the environmental work of ordinary Kentuckians in different parts of the state — from the eco-conscious urban greenie to their rural counterparts — and she’ll bring it to Carmichael’s on Friday. A percentage of Campbell’s book proceeds will go to Kentuckians for the Commonwealth’s anti-MTR efforts. —Jonathan Meador

Get the Led Out

Led Zeppelin’s reputation hinges on the studio recordings. Even rabid fans admit that the onstage Zep sometimes got by on the sheer presence of the foursome balancing each other like the points of the compass. A tribute band trying to get four musicians to capture that is on a fool’s errand (and don’t go citing Lez Zeppelin — they partially compensate with gender novelty). Philadelphia’s Get the Led Out, coming to Whitney Hall, is a sextet that achieves the Zep sound by recreating the layering of Led Zeppelin’s studio arrangements and Jimmy Page’s famously detailed overdubbing. GTLO pull off solid sets, acoustic and electric every night. Compare that with some nights back in the ’70s when Page took too many chances, or when John Paul Jones “rambled on” his own way and didn’t have Page’s back. In other words, Get the Led Out concerts are a reliable forum to hear the music many classic rock fans like best. —T.E. Lyons

Love is in the air with the help of harnesses. Cirque Airotic is the brand new aerial burlesque troupe founded in August by Mia Sullivan and Terri Kendall, who have joined a growing army of like-minded rehabilitators of burlesque, whose theatrical heyday ran from the 1840s to the 1960s. Its decline cemented long-held cultural stereotypes as a glorified striptease. They’ll defy gravity and bodily joints while DJ Matt Anthony, host of WFPK’s “Friday Night Soundclash,” spins vinyl, and blues-boogie act King Sonic lifts their feet off the ground one way or another. If you’re not moving, you’re probably dead. —Mat Herron

Funk isn’t the word that immediately comes to mind when describing Los Angeles. There isn’t anything particularly funky about Angels HQ, unless you mean the smell of homeless people on Sunset or a consistent, hovering smog in summer. But Orgone are disciples of funk. Originally a cover band, the ensemble took stock of its competence playing the back catalog of Booker T. & the MG’s, The Meters and, yes, Parliament, to find its own attitude — one that no doubt landed them a support slot for Sharon Jones when that funk mistress herself rolled through Kentucky earlier this year. Now gallivanting around on its own steam, Orgone brings its sexy shock to the system, led by soul sister Fanny Franklin. —Mat Herron

Dreamy Southern rock is the stock-in-trade of Futurebirds, but they can overdose on volume when the time is right, like they do on “Johnny Utah.” The Athens, Ga., band’s debut, Hampton’s Lullaby, is named after a house three of the members lived in, drummer Payton Bradford says. The group made its debut at SXSW earlier this year, playing nine shows, and is on the road with Jonny Corndawg, a stylistic descendent of Hank Sr., whose album, I’m Not Ready to Be a Daddy, is less sarcastic than the title suggests. “It’s been crazy and wonderful,” says Bradford of Futurebirds’ recent strides. The record was made in two weeks at Chase Park Transduction, where some of the band members work and intern. “We were just trying to be ourselves, is the simplest and best way to describe it.” —Mat Herron

Beefsteaks. Sledgehammers. Missiles. Gary Chapman’s paintings read like the thesis your English professor always dreamed you would write — finely crafted, evocative, eloquent. Not surprising coming from this accomplished artist and educator. There is something thrilling and fresh about his symbolic economy in these paintings. Chapman is a self-professed realist, and his paintings combine a sophisticated understanding of subject matter and admirable technical execution. Be sure not to miss Chapman’s show “Paintings,” on display now at the Krantz Art Gallery. The closing reception is Monday from 4-6 p.m. —Chelsea Gifford

Nothing says Christmas like men in tights doing somersaults in mid-air. It’s the “Cirque” take on the holiday, so you can expect to see snowmen, Santa and candy canes, as well as humans contorting into compromising positions … in a G-rated way, of course. Directed by Neil Goldberg, who created the Broadway show “Cirque Dreams Jungle Fantasy,” “Holidaze” features a cast of more than 30 actors and acrobats, accompanied by an original musical score. The buzz surrounding the show is on the costume changes — more than a Cher show — and 30-foot toy soldiers that will take over the Palace stage. Kinky. —Sara Havens

Any exhibition of work by Mary Ann Currier makes the Louisville Metro art world stand up and take notice. Rightly so. Her realistic oil pastels are on display in the Speed Art Museum and in New York City’s Metropolitan Museum of Art. Now, the Cressman Center is offering yet another opportunity to view her art.

The show features 18 large-scale still-lifes of flowers. Currier has said, “For me, art is a way of being alive in the world.” That statement can also describe how we see her highly detailed art — it’s practically alive on the paper. While still-lifes are artificial and detached in their composition, Currier manages to make such ordinary items — like onions and fruit, and now, roses — ring true. —Jo Anne Triplett

There are five little words that reel us back to our childhoods, to memories of bunny costumes, the beauty and mystique of major awards, and keep us from licking a flagpole in the dead of winter. Those five words, in some ways, are what the holidays are all about. Yes, folks, it’s that time of year again. It’s time to dare to tell Santa what you really want for Christmas, time to dream of the perfect gift under the tree. And time for those five unforgettable words: “You’ll shoot your eye out.” Experience the excitement all over again with Actors Theatre’s adaptation of the witty and wistful “A Christmas Story.” And don’t worry, ATL also will bring back the beloved classic, “A Christmas Carol,” opening Dec. 7. One great theater, two great traditions. —Laura Morton

“Coming back from the nearly dead in the water ain’t for sissies!” says Susan Gorsen about her exhibition “Phoenix Rising.” After being an artist for more than 25 years, degenerative osteoarthritis in both shoulders halted her art in 2004. Bilateral shoulder replacement surgeries gave her that life back.

Her exhibition of old and new abstract drawings, in oil and pastel, shows she’s back with a renewed appetite. Bright colors have always been her forte, but her new works have an understandably urgent quality. “I want to demonstrate how the inherent creative spirit cannot be snuffed out by medical challenges, despite years of being unable to work and additional years trying to relearn everything I was once able to do on autopilot,” Gorsen says. Visit the website for exhibition programs. —Jo Anne Triplett