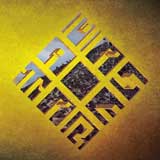 Jerry Fuchs’ handprints left positive impressions on every band he worked with. To be sure, his influence is a strong presence in the rubric adopted by Maserati’s surviving members in the months after his untimely death. Completing Pyramid of the Sun became a fragmented process, but the outcome is everything you’ve come to expect from these Athens instrumentalists. In the hands of Justin Van Der Volgen, quickly becoming a go-to guy for remixes, “They’ll No More Suffer From Thirst” shows Maserati at its most dance-friendly, with synth and guitar patterns weaving in and out of each other like a DNA helix. The eight-minute “Oaxaca” balances climax and suspense perfectly, its cinematic interlude and colorful array of clean and delayed guitars creating a dreamlike tapestry. In a poignant turn, the revolving drum loop of “Ruins” suggests that, somewhere up there, Fuchs is sitting on a throne.