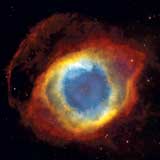 Handsome Death is the solo debut of Douglas Lucas, the Elizabethtown singer-songwriter who founded and toured with The North, whose song, “New Fixation” appeared on ESPN sports network in 2005. Recorded in Nashville with Wallflowers drummer Fred Eltringham, Lucas’ solo set is a slick, AAA-friendly presentation that harbors elements of alt-country, straightforward pop and youthful, quasi-religious lyricism. Lucas has clearly put on his big boy pants now, having been around the block and around the world. The trouble is he’s not converting that knowledge into any surprises. His arrangements favor stability over innovation, and his voice is a Drivin’ N Cryin’ nasally delivery that can grate after a few songs, as if he’s hiding a better voice than the one he’s using.