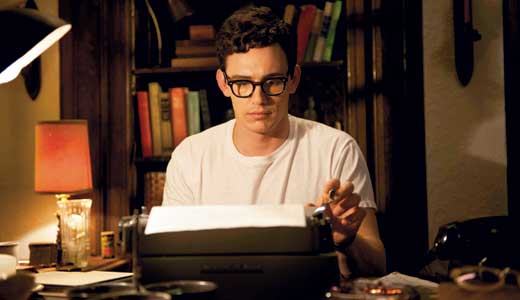 For a poem that was an anthem for a generation of rebellion and a seed for future cultural outbursts like the hippies, even punk and hip-hop after that, the film telling of Allen Ginsberg’s “Howl” is surprisingly easy listening. Academy Award-winning directors Robert Epstein and Jeffery Friedman have made an eloquent film with a finely spliced pastiche of styles, and this is only part of the problem.

The movie favors fluidity over friction, a certain departure from the spirit of the source material. The center of a 1950s obscenity trial, Ginsberg’s masterwork is about sex, madness, drugs and other elements mostly absent from the film. Though “Howl” is entirely watchable with its seamless melding of trippy animation, grainy beatnik footage and polished, well-acted courtroom performances, it does not offend, challenge or alarm.

For those affronted by certain lifestyles and those outraged by the suppression of said lifestyles, “Howl” represented a defining moment. The drama of this time and what should have been a climactic verdict is muted by some puzzling scripting decisions by Epstein and Friedman — who are better known for their documentaries. “The Times of Harvey Milk” (1984) and “Common Threads: Stories from the Quilt” (1989) both earned Oscars for Best Doc.

At the top of the puzzling decision list was the choice to recreate a lengthy, tea-sipping interview with Ginsberg (played effectively by James Franco), which provides the foundation of the story and turns up regularly throughout the movie. Franco is lovely enough, but a good screenwriter would have applied the show-don’t-tell rule of filmmaking here, dramatizing Ginsberg’s love affairs, artistic process, psychotherapy and drug experimentation with interactions between characters.

We get a taste of what could have been with the arrival of Neal Cassady (played by Jon Prescott). The prospect of giving this legendary, Beat Generation muse a screen life would seem far too compelling an opportunity to pass up. Unfortunately, “Howl” offers what amounts to a Cassady stand-in. The character isn’t given the time to take shape, and instead of experiencing the formation of an important relationship, we mostly watch Franco repeat what Ginsberg has said in recordings about his ill-fated affair with Cassady.

It’s natural for documentarians to lean on the historical record and fall in love with those snippets of media that support the truth they’re after. But “Howl” is no documentary. Although doc technique is showing up increasingly in narrative film to good effect, it should not come at the expense of drama. Ultimately, the goal for filmmakers making the crossover to dramatic biopics should be to balance historical accuracy with poetic license.