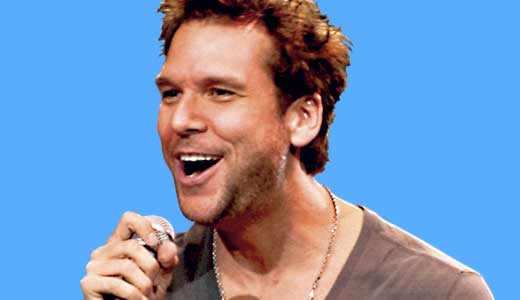 When people describe comedians as controversial, they usually mean a brand of comedy that pushes political and social boundaries beyond the public’s comfort zone. Dane Cook isn’t that kind of controversial. With four platinum albums under his belt and having been forced to perform in arenas for the past four or so years, he is by far the most successful and famous comedian working today. That makes him controversial — and loathed.

In 2009, on his ISolated INcident Tour, Cook performed in 83 arenas in front of more than a million people as a headline comic. It’s an unprecedented level of success for a comedian — it garners either deep devotion from an audience or such bitter hatred that it almost defies logic. “I understood it immediately,” Cook says of the backlash. “I just went back and read the books about the great comics that I enjoyed, and the one thing everybody had in common was the moment I hit it big, it was like batten down the hatches, because I’m about to feel the other side of it.”

Instead of beating himself up or trying to win over the naysayers, Cook accepts them as almost a law of physics — where every action has an equal and opposite reaction.

“It’s almost weird to admit,” Cook says. “But it becomes a bit of a badge of honor in a strange way. You learn to appreciate the fact that if you’ve got a group of fans, and nobody else cares … you feel somewhat vanilla. I find the more that you have detractors and people pounding you, it’s kind of good for everybody.”

At the height of his stand-up career, Cook spent a few years away from the stage and went to Hollywood — an experiment that was moderately received, at best, by fans, critics and even Cook himself. “I saw a bit of a pattern with the movies I was making, and I just stopped doing it,” he recalls of films like “My Best Friend’s Girl” and “Good Luck Chuck.” “I could have made a bunch of the same kinds of movies and played a bunch of the same kinds of characters, but it bored me to death to be derivative. So I decided I’m just going to tour and hone my writing skills.” That decision has him eager to give Hollywood a second chance. But this time, it’ll be on his terms, not the terms of a studio exec trying to cash in on the hottest game in town. “I’m going to build a new team of people — much like (Adam) Sandler did with his gang.”

Beyond being the leading man in comedy, Cook is eager to direct again. In 2005, he directed the nine-episode documentary mini-series “Tourgasm” for HBO. It chronicled him and three other comedians as they did a grueling cross-country trek performing 20 shows in 30 days. The series happened just as things were starting to explode, so it acts as a time capsule for Cook, depicting a period before things got crazy — before the movies and the arenas, before releasing one of the highest-selling comedy albums of all time, 2005’s Retaliation, before his step-brother stole millions of dollars from him, and before both of his parents died of cancer within a year of each other. Watching it now, it’s the portrait of a naïve guy on the cusp, about to fall through the rabbit hole where everything good and wonderful the world has to offer waits for him, alongside everything messy and putrid.

“I would enjoy doing that again,” he says on the possibility of doing another “Tourgasm.” “Because I’m in a very different place in my life, even just over five or six years. A lot has happened.”

He would do it again, but will he do it again? Maybe he already has … “I did do somewhat of another documentary series that we’re editing together now, where I went through Iraq two summers ago and did shows all over. It wasn’t in the standard celebrity-stop-in-Baghdad-and-wave-at-the-cameras-and-leave way, either. We brought a bunch of cameras and filmed what I think is some of the proudest moments of my life. My dad served. He was in the military. He served in Korea, and he instilled this in me early on, ‘You know, Dane, you want to give back to your country in any way you can.’”

A humble guy clinging to the lessons his father taught him while speaking with reporters is a far cry from how the media often portray Cook — as an egocentric narcissist. Speaking with him in anticipation of his Saturday stop at the KFC Yum! Center, he seems like a normal guy that struck a chord with millions of people, and has spent every day since trying to adapt accordingly.

Now, at only 38 years old, Cook is preparing a career retrospective with the upcoming release of I Did My Best … Greatest Hits, which comes out Nov. 22. “It’s highlighting what I think are some of my and my fans’ favorite moments over the last 10 years,” Cook says. “At the same time, I think it’s closing a chapter. But I still feel like the 18-year-old kid that stepped on stage in 1990, so it’s kind of a strange reminder.”