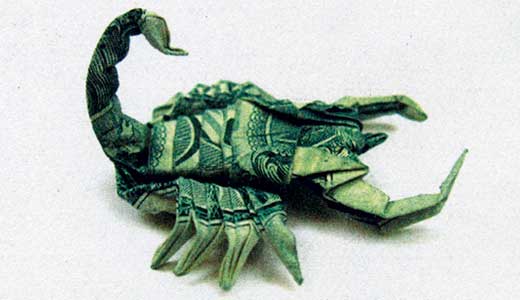 It’s been almost two years since the nation’s housing market bubble burst, giving way to the worst financial crisis in modern times. And the chances are pretty good that you (and everyone you’ve been arguing with about it) still don’t know how it happened, who’s actually responsible for it, and what in the hell a credit default swap really is.

Thankfully, there’s “Griftopia: Bubble Machines, Vampire Squids, and the Long Con That Is Breaking America,” Rolling Stone contributing editor Matt Taibbi’s comprehensive, non-partisan and imminently readable account of the ’00s financial meltdown that resulted in the largest giveaway to corporate America in the country’s history — and how 99 percent of us, Democrat, Republican and independent-minded alike, got screwed.

Born out of a 2009 RS article in which Taibbi explored the concept of bubble economics and labeled the corruption-prone Wall Street investment bank Goldman Sachs “a great vampire squid wrapped around the face of humanity, relentlessly jamming its blood funnel into anything that smells like money,” “Griftopia” expands upon that article’s painstaking attention to the details of corporate crime by boiling down distinct elements of that crisis to their bare essentials without causing your eyes to glaze over with mountains of financial jargon.

Those familiar with Taibbi’s profane, plain-spoken prose style — imagine if Hunter S. Thompson reduced his drug habit and moved to the suburbs of New Jersey — won’t be disappointed. In fact, Taibbi’s penchant for humor and blunt language helps buoy what would otherwise be a dull slog through the finer points of class warfare.

“There really are two Americas,” Taibbi writes in the book’s introductory chapter. “One for the grifter class, and one for everybody else. In everybody else-land, the government is something to be avoided, an overwhelming, all-powerful entity whose attentions usually presage some kind of financial setback, if not complete ruin.

“In the grifter world, however,” he continues, “government is a slavish lapdog that the financial companies that will be major players in this book use as a tool for making money.”

This is precisely why “Griftopia” works so well: Taibbi is one of the few journalists alive today who has the power to distill the complexities of commodities futures manipulation into the straightforward stories of crime they really are — and entertain you in the process.

Instead of merely giving you the blow-by-blow of AIG’s implosion at the hands of Goldman Sachs and the nightmare scenarios of unregulated corporate theft and arrogance that followed, “Griftopia” examines the root causes of Wall Street’s dangerous cognitive dissonance in a chapter that examines the toxic legacy of former Federal Reserve Chairman and staunch Randian Objectivist Alan Greenspan (lovingly titled “The Biggest Asshole in the Universe”). Additionally, the book explores the rise and corporate co-opting of the Tea Party movement as a means to obfuscate discourse and force Americans to scream not about corporate shysterism, but why Mexican anchor babies must be stopped or the terrorists will win.

Where this book excels, though, is when it debunks the myths attributed to the causes of our economic doom — namely, that poor minorities bought too much house at the expense of the Community Reinvestment Act of 1977 — by putting a human face on the true victims of the crisis: regular homeowners like Eljon Williams, whose fixed-rate mortgage was illegally converted to one of those adjustable ones that allow Goldman Sachs to suck your bank account dry. Taibbi treats these stories with deliberation and humility, showing that even people who play by the rules in modern America don’t have a chance when big government and too-big-to-fail companies give each other the reach around.

The net result is a portrait of a country that can no longer deal with its problems as it is looted from without and within, and how both parties are to blame.