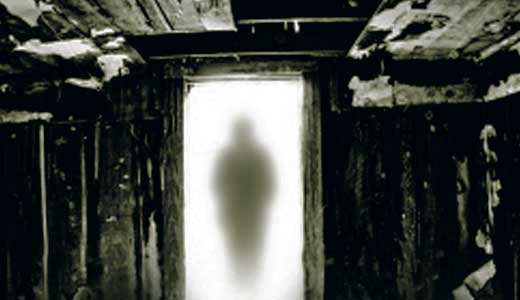 ‘How I Learned to Drive’

Incest and child molestation are not funny. But Paula Vogel’s Pulitzer-winning 1997 comic drama approaches the issues a little differently, telling the story from the points of view of both the victim and the victimizer. Recommended for adult audiences, the play illustrates these complex and troubling issues in a darkly humorous but poignant manner. “The show has very funny moments in it surrounded by very frightening ones,” director Jim Tompkins says. “That’s what makes it such an excellent play. It has been a very energizing and risky project to do, but well worth the time.” The U of L Theatre Department production will also employ the “mimed figuration” technique — where actors portray objects and/or sounds — something never used before in this play. —Jane Mattingly

‘Nevermore: An Evening with Poe’

Edgar Allan Poe’s “The Raven” was published in 1845, yet its remarkable prose, its universal theme of non-stop turmoil after a loss, and its creepiness are just as relevant and relatable today. I remember being strangely drawn to the Gothic writer in high school as we dissected his work line by line, trying our best to wrap our naïve minds around his intricate stories of love, loss, murder and revenge. Poe’s poems and short stories lend themselves to interpretation — and in spirit of the holiday, the Frazier Museum’s Interpretive Department is presenting a theatrical performance of some of Poe’s famous works. The show includes musical accompaniment from U of L’s Early Music Ensemble. It’ll be interesting to see some of his tales brought to life, now that I have a bit more experience with his themes … save for murder. —Sara Havens

Louisville may be best known for its abundance of Victorian architecture, but it’s really a city with a variety of building styles. Architectural historian Steve Wiser, author of “Modern Houses of Louisville,” is presenting the U of L Morgan Lecture on the housing that first sprang up during the Great Depression. “At first, these dwellings were very basic in form,” says Wiser. “Flat roof, no ornamentation, and open interiors were the primary distinguishing features … Over the past seven decades, modern houses have evolved into a creative, distinctive blend of artistic and sculptural forms and spaces.”

Wiser will sign books after the lecture as well as on Saturday, Oct. 30, at 1 p.m. at Destinations Bookstore, 604 E. Spring St., New Albany, and later that Saturday at 4 p.m. at Carmichael’s Bookstore, 2720 Frankfort Ave. —Jo Anne Triplett

The Ohio was dirty, but I swam it. (Janet) Halloween is here, so let’s plan it. (Janet) So please don’t tell me to can it. (Janet) I’ve one thing to say and that’s … well, I have a few things to say, so keep your pants on. OK, fine, just keep your underwear on. The big juicy red lips are hovering over Crescent Hill as Pandora Productions busts out this spookily sparkly cult classic once again, back by popular demand. It promises to be bigger and even more fabulous, so what better time than now should you pay a visit to the dazzling castle of Dr. Frank-N-Furter? Or if you just need another excuse to dig out those fishnets, here it is. You too, ladies. —Jane Mattingly

I can hear the bizarre-o version of the Journey classic now: She’s just a city girl, born and raised in south Detroit/She took a midnight train goin’ anywhere. Loni Love has a lot of heart and a lot of fight in her, and those two qualities (not midnight trains) have taken her everywhere. The Detroit native started out as an electrical engineer, doing comedy on the side for extra cash. Then, with two careers, one was blossoming while the other fell stagnant. And when her company had to make cutbacks, Love saved someone else’s job by leaving to pursue stand-up full-time. Now she is on every watch list in the industry, had an hour-long Comedy Central special called “America’s Sister” that aired in May, and is a regular panelist on “Chelsea Lately.” Love will be at The Improv this weekend. To see our full interview with Love, go to www.leoweekly.com. —Brent Owen

During an election year, there’s a lot of talk about skeletons in closets, but (hopefully) it’s all figurative. In the case of the Brewsters, however, there are literally bodies buried in the basement — and in the window seat. But, you see, they had to put the body in the window seat because the reverend was coming by, and it wouldn’t be very nice for him to see a dead body … at least not at teatime. It’s Louisville Repertory Co.’s hilarious, farcical black comedy “Arsenic and Old Lace” by Joseph Kesselring. One of America’s classic comedies, it’s the story of Mortimer Brewster and his sweet yet homicidal spinster aunts, a murderous brother who’s had plastic surgery to conceal his identity, and another brother who thinks he’s Teddy Roosevelt. —Laura Morton

You may not immediately recognize the name Jason Wilber, but there’s a good chance you’ve heard his guitar work. Wilber has long played in a band alongside a gentleman named John Prine, who performed at the Palace last weekend; Wilber also sports a fair catalog of his own music, some of which he’ll perform at the Rudyard Kipling on Friday. Wilber got his start at age 13 when he formed a rockabilly band, and since then, he has performed with such acts as Carrie Newcomer, Bill Wilson, Todd Snider, Kim Fox, Hal Ketchum and, of course, Prine. The Bloomington, Ind., native also hosts his own hometown radio show — “In Search of a Song” — when he’s not on the road. Local singer-songwriter Joel Timothy opens the show. (Also, if you head over to Wilber’s website at jasonwilber.net, you can get a free CD for a limited time.) —Kevin Gibson

If you’re over age 18, wearing a ski mask for Halloween probably breaks a few KRS statutes, so Ted Nathanson and the rest of the crew behind the Louisville Cartoonist Society are throwing a party to A) prevent you from being arrested, and B) unveil Comicnomicon. The 90-plus-page book compiles horror comics from more than 20 cartoonists, including Carrie Neumayer, Jason Noble, Ryan Burns and Rene Blansette. Friday’s party features performances from the experimental group Montag, who appeared at Wild and Woolly’s 13th anniversary back in June, and the smooth tension of mood trio Softcheque. Witness improv from The Ballroom Brawlers and a costume contest. Costume-inclined can knock 2 bucks off the cover charge. —Mat Herron

‘The Last Words of Louis XVI’

Since Louisville is named after Louis XVI, we really should know something about the man. The Muhammad Ali Center’s artist-in-residence Carlos Gamez de Francisco has done some of the research for us by presenting insights about the French king. The Cuban artist was so intrigued that his exhibition includes 30 paintings. “I have never painted so long just in one idea,” he says. “I think I took the challenge to paint faster and better every day for this project. I have been trying to influence my art with this revolutionary and important moment throughout history, working with my best technique, and experimenting, using new symbols, using beauty and irony.”

Books about hauntings often dole out squirmy moments and shocks with stale polish and familiar pacing. Borders at Fourth Street Live is ready to present an alternative — the thorough research of a man who knows that the supernatural is right around the corner from the everyday. William Lynwood Montell won’t come to this reading in gothic makeup and costume; the Western Kentucky University professor is a folklorist of considerable repute. His “Tales of Kentucky Ghosts” presents the weird and otherworldly in very straight-up fashion — that is, the tales are told pretty much directly as said to Montell or other reliable sources. The result is a book that won’t recount apparitions with the purple atmosphere of some ersatz Dean Koontz. Instead, pages weave cultural webs and string together threads of often-related regional legends, bringing nearly 300 dark, curious and disturbing incidents to life. —T.E. Lyons

Director Vicki Abeles was compelled to take on this documentary when her daughter developed stress-related illnesses due to pressure at school. As Abeles spoke with other parents and students, she discovered that her child wasn’t alone — an epidemic, as she puts it, had taken hold. Abeles found a school system filled with insomniac stress cases who take a “game over” view of Ivy League rejection at far too early an age. In addition to the physical and mental demands put on students, the film inspects what our current system is actually teaching them. It would seem that cramming has replaced critical thinking. “High school is about learning how to pass tests,” reveals one student. With students admitting to expunging data right after their exams, “Race to Nowhere” ponders whether high-schoolers are coming out prepared for college and the workplace. The doc will have a one-night-only screening in Louisville with a discussion to follow. —J. Christian Walsh

‘Something Wicked This Way Comes’

The assignment was to submit creepy Halloween-inspired art for Ultra Pop’s first group show — and more than 20 local artists answered the call. “Something Wicked This Way Comes” features paintings, prints and sculptures from some names you’ve seen a few times here in LEO — Justin Kamerer, Ron Jasin, Robby Davis, Adrian Wright and Screen Queen to name a few. Ultra Pop owner Paul LePree was pleased with last Friday’s opening reception. “The turnout was awesome,” he says. “I was blown away by the amount of participation from the local artists, and the work that was presented exceeded my expectations.” —Sara Havens