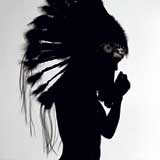 Jonathan Tyler & The Northern Lights have released a record that rocks. Beyond that, the band has an undeniable sense of swagger, boogie and soul that permeates every song on their debut, Pardon Me. The band looks like they were pulled out of an early ’70s time capsule, with most of the songs sounding like an abandoned lovechild between Black Sabbath and Lynyrd Skynyrd (with notable exception being the ballads “Paint Me a Picture” and “She Wears a Smile,” both of which add a rich dynamic to the album’s overall sound). Tyler’s voice is long and complex, and he writes lyrics from another era: Leave your conscience at home and come to the Devil’s basement. Production by Jay Joyce (Cage The Elephant, The Whigs) is sprawling and smooth, never worked over but carefully guided. Jonathan Tyler & Northern Lights opens for J.J. Grey & Mofro Friday, Oct. 15, at Headliners. Showtime is 8 p.m., cost is $16 (adv.), $18 (door).