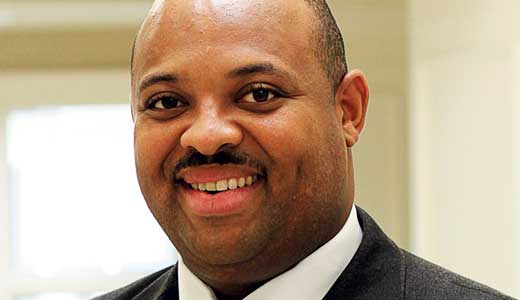 Warren Jackel has bought, rehabilitated and rented mostly in west Louisville for the last two decades. But after an advertisement in The Courier-Journal named him a deadbeat landlord, the real estate owner says he’ll never fix another home again.

“It isn’t worth it because it’s such a hostile environment. Here I am doing the best I can, and I have to eat humble pie,” says Jackel, 69. “I open the newspaper, and these guys say I’m a slumlord.”

The ad, taken out by the Metro Council, says he owed $12,364 in unpaid property fines on four of his rental homes, according to records from the Department of Inspections, Permits and Licenses. City officials now acknowledge that three of those fines were waived, and the other was not Jackel’s responsibility.

Jackel wants the council to apologize, but in a statement, Councilwoman Barbara Shanklin, D-2, pointed the finger at IPL, and some within the council think this mistake shouldn’t distract from the city’s effort to reduce the number of abandoned properties.

“I’m waiting to see the media stories on the people who really do own these properties and the ones who have all the fines who are not paying. I’ve yet to see anyone going after those who are apparently hiding from their fines and responsibilities,” Democratic caucus spokesman Tony Hyatt says. “Mr. Jackel has a point, and it should be with IPL. But there was a two-and-a-half month period where we had repeatedly asked for the list to be checked, double-checked and triple-checked.”

The list includes 262 names of individuals and businesses that owe the city $17.8 million in fines. Jackel thinks sloppy paperwork is no excuse, and he hopes a retraction will be printed.

“If you’re the person that they hung — even if they get 99 other people who are guilty, it doesn’t make you feel any better that you died being innocent,” he says. “And it’s real clear that the city didn’t do its job right.”

The city is set to fill a hole in its zoning laws for transitional housing that would make Wayside Christian Mission’s downtown homeless shelter at the Hotel Louisville legit.

Last week, the Planning Commission approved guidelines for homeless shelters after it was found that Metro government regulations neither prohibited nor allowed a shelter to be built downtown. The new regulations define zoning for three types of buildings that serve the homeless, and would allow shelters downtown.

“I think what came out was very well considered, because it protects neighborhoods and expands the places where transitional housing can happen,” says Cathy Hinko, executive director of the Metropolitan Housing Coalition. “The size of a shelter must be appropriate to the neighborhood. And anyone operating a shelter must abide by certain standards that are monitored annually.”

During the commission’s initial hearings, critics argued that the amended zoning guidelines don’t address density or inspection procedures at shelters. Hinko says those problems have been addressed.

The amended zoning law now goes to the council for final approval while the planning department drafts legislation to set up inspection and licensing guidelines for shelters.

After losing the nomination to Greg Fischer, Tandy de-clined to give the Democratic nominee his support immediately. The former council president said he would remain loyal to his campaign platform instead. “We’re certainly open to working with anyone who is willing to accept that and to embrace that, and we will work with whoever is in a position to be able to do that,” Tandy told
WFPL in May.

A source involved with the mayoral race tells LEO Weekly that over the summer, state Sen. Gerald Neal, D-Louisville, who was a Tandy supporter, asked Fischer to help Tandy pay down his hefty campaign debt in exchange for an endorsement.

According to the Kentucky Registry of Election Finance, the former mayoral candidate owes $42,518.25 in campaign debt from his unsuccessful bid, but denied any backroom deal was made.

“Like any debt that’s out there, any responsible person wants to pay it as quickly as possible. It’s not a burning-down-the-house type of issue, but it will be dealt with in due time,” Tandy says. “It’s not an issue I’ve brought up, and I have not given anyone permission to do make an offer on my behalf.”

Neal bristled at the allegations that a discussion ever took place with Fischer about Tandy’s debt.

“I’ve had no discussions like that with anybody, and if someone told you that, it’s bullshit and they are lying,” he says. “Everybody’s mama knows Tandy owes $40,000, but I don’t know what he’s doing about it. That’s just amazing to me, because I’ve been very low-profile on purpose.”

Another confidential source in Fischer’s campaign confirmed that paying off Tandy’s debt had been discussed, but no deal was ever made.

Asked repeatedly if Neal and Fischer ever discussed the matter, Fischer campaign spokesman Chris Poynter said he was personally unaware of that conversation and would not comment further. “Greg is aware that David Tandy has a debt,” he says. “But he’s been too busy focusing on his own race to worry about other people’s campaign debt.”

There are also allegations circulating that someone approached Republican Hal Heiner with a similar offer on Tandy’s behalf, saying the west Louisville Democrat would endorse Fischer, but in exchange would not cheerlead as heavily in precincts that he won during the primary. Heiner’s campaign said that no Tandy surrogate ever discussed Tandy’s debt with them.

Last month, Tandy and Councilman Jim King, D-10, endorsed Fischer, saying Democrats are united in their support for his vision and leadership.