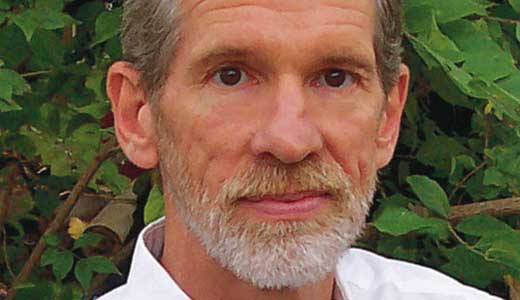 “Nothing was promised” to Jackie Green (pictured) before he dropped out, Fischer campaign spokesman Chris Poynter said.FILE PHOTO

Less than a week until Election Day, Democrat Greg Fischer and Republican Hal Heiner traded jabs over respective endorsements, with each candidate’s political party chairmen calling for an investigation.

Steve Robertson, chairman of the Republican Party of Kentucky, wrote to Kentucky Attorney General Jack Conway, who is embroiled in his own battle for the U.S. Senate, calling for a special prosecutor to investigate Fischer’s campaign.

Under state law, candidates cannot make “expenditure, loan, promise, agreement or contract as to action when elected, in consideration for a vote.” Any person who knowingly violates this provision could be charged with a Class D felony, punishable by up to one to five years in prison.

“The allegations against Greg Fischer are serious and potentially criminal in nature,” Robertson wrote. “As Attorney General, you have an obligation to investigate and prosecute election fraud and public corruption.”

Hoping to capitalize on the party’s accusation, Heiner’s campaign launched the first attack ad of the race, alleging that Fischer traded “power, influence and top jobs” for Green’s support. E-mails sent by Green to his staff, though, say nothing about a specific job offer.

Last month, LEO reported that Owen had arranged a meeting with Allen because he heard Allen might support Heiner. Asked why he didn’t mention Allen receiving any sort of deal then, Owen said it was because the Fischer-Green agreement wasn’t a campaign issue at the time.

Fischer has since released an ad slamming Heiner, calling his attack “deceitful” for alleging that Green was given something in return for his endorsement and taking exception with LEO’s coverage.

“It’s pretty obvious, if you read the e-mails that we released last week, that nothing was promised to Jackie Green other than input,” says Fischer campaign spokesman Chris Poynter. “Unfortunately, your publication has chosen to focus only on e-mails between Green and his campaign staff. And you know, that is Green’s interpretation to his staff. If you look at us talking to each other, it’s clear nothing was promised.”

The Heiner campaign maintains that no conversation ever took place between him and Allen, and that Fischer is distracting voters from what they call the Democratic candidate’s “backroom deal” to get Green’s endorsement.

“Hal never promised Tyler anything,” says Joe Burgan, Heiner’s campaign manager. “This is an out-and-out lie. When you can’t answer a question like we’ve asked Greg Fischer, about him doing backdoor deals, you respond by calling your opponent a liar and accusing them of the same thing. Greg got caught with his hand in the cookie jar and has absolutely zero evidence.”

Heiner’s campaign gave the media two e-mails between their staff and Allen leading up to his announcement. The first one, dated Sept. 8, outlines a press release with the Democrat endorsing Heiner along with the message, “Here’s where we are,” that Burgan wrote Allen.

Heiner’s staff sent a follow-up message Sept. 9, asking Allen whether he agrees with a statement describing why he supports Heiner’s candidacy. “What do you think?” Burgan asked.

Burgan says these are the only e-mail exchanges that took place and that Allen called to confirm the quote.

Owen stands by his statement, adding that he doesn’t see any distinction between Allen being assured input in a Heiner administration and Green being assured a role in shaping policy in Fischer’s.

“Should either campaign be investigated? Absolutely not. The very nature of running a mayor’s race is to take as many diverse elements and pieces to put them together in a winning puzzle,” Owen says. “Now if an office or job had been offered — I didn’t see that in any of the e-mails I’ve seen so far on the Jackie Green thing — then that’s another issue.”

Owen says he has not read LEO’s Oct. 20 story showing Green discussing his meetings with the Fischer campaign with his staff.

Meanwhile, Green has since backpedaled. In an interview with WHAS-TV, he said he has a “poor memory” and sometimes doesn’t remember his own wife or daughter’s birthday.

The fraud blame game may come down to whose account you believe. “I was not promised anything for my endorsement. I knew who I wanted to support in this mayor’s race, and I wanted to do it publicly,” Allen says. “That’s why I showed my support, because I appreciate Hal’s leadership, experience and openness to challenging the status quo.”