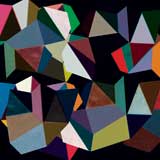 London’s Portico Quartet explores realms of free, jazzy experimentation. Isla, their follow-up to 2007’s Knee Deep in the North Sea, bears one enduring feature: the hang (pronounced hong), a UFO-shaped percussion instruments that sounds like a cymbal crossed with a gong crossed with a steel drum. The hang, played by Nick Mulvey, is ubiquitous on Isla, creating a tense intro alongside Milo Fitzpatick’s double-bass pluck in “Dawn Patrol,” and painting the colorful patterns of “Line,” whose YouTube video earned the band some visibility. Chops-driven as Isla is, “Shed Song (Improv No. 1)” doesn’t short-change emotion for the sake of nerdy scale exploration; in the steady, restrained unraveling of “Life Mast,” as well as in the saxophone interplay of the title track, Portico shows off the breadth of its tranquil, life-affirming music.