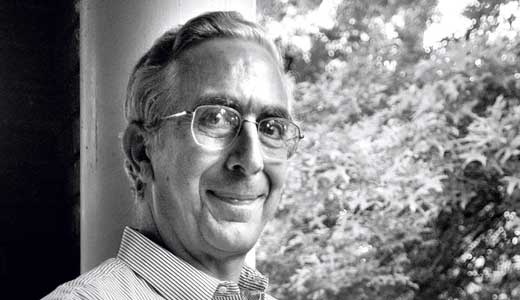 Born in 1942 in Jacksonville, Fla., Jabbour did his graduate-school work at Duke documenting old-time folk music in West Virginia and North Carolina.

In the 1970s, while at the National Endowment for the Arts, he co-founded the Folk Life Arts Program, which awarded grants to people seeking funding for various forms of folk expression, and lectured on the history of British and American folk songs at UCLA. In 1973, he co-produced The Hammons Family: The Traditions of a West Virginia Family and Their Friends, an audio documentary that traced a single Appalachian family for three years. A violinist since age 7, Jabbour co-founded Hollow Rock String Band, whose style echoed that of fiddle players from the Upper South. The group released a self-titled LP on Rounder Records in 2004. Read more at www.alanjabbour.com.

On Monday you can also catch pianist Haochen Zhang of China. At age 19, Zhang and Nobuyuki Tsujii, 20, of Japan, who is blind, tied for the gold medal at the Van Cliburn International Amateur Piano Competition in Fort Worth, Texas, becoming two of the youngest people ever to share the honor. Zhang performs at 8 p.m. at Margaret Comstock Concert Hall. Admission is free.

Saredren Wells, the anagrammatic alter-ego of journeyman singer-songwriter Drew Sellers, performs from his solo album Memories Are Hunting Horns on Friday, Oct. 22, as part of The Late Seating series at Actors Theatre of Louisville. Joe Manning and Joan Shelley also perform. Tickets are $10. Call 584-1205 for details. Listen at www.saredrenwells.com.