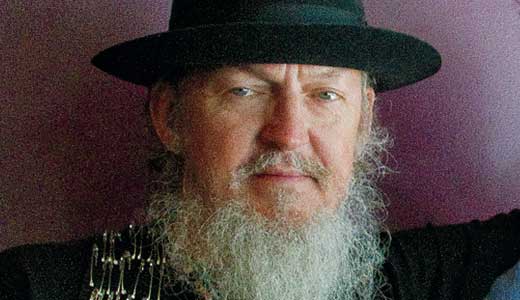 When “proud hillbilly” Ron Whitehead first went to Oxford, a professor marveled that the Kentucky farm boy was wearing shoes. “I looked at him and said, ‘A smartass. I love smartasses,’” says Whitehead. “‘We’ll get along great. Now, what will you have to drink?’”

Starting as a teen on his first trip outside the country — to Greece, a land he’d visited constantly, prophet-like, in his dreams — Whitehead fell in love with the European way of the grape. “I love the Mediterranean diet, but I refuse to go to a restaurant that doesn’t serve red wine,” he says. “Grapes via the vineyard — best thing for you. If Kentucky were in Europe, I’d live there.”

Despite a preference for red stuff (“the drier the better,” he says), Whitehead, it seems, was born to be a spirit among spirits. At a poetry festival in Nicaragua, he recalls, “this beautiful woman came up to me and said, ‘Rrrrron’ — I love that, how they roll their r’s — ‘Rrrrron, did you know your name means ‘rum’ in our language?’ So I started drinking some of that, just to celebrate being in Nicaragua and loving it.” At an event in Lexington, he says, “someone turned me on to Patrón tequila,” and audience members took to sending double shots to the stage — a poetry slam, if you will.

When dining out, the onetime humanities professor and longtime friend of gonzo journalist Hunter S. Thompson enjoys Jack Fry’s, Seviche, the Irish Rover, Volare and especially the food and art at the Uptown Café. He adds, “I’ve taken many famous people to the Bristol — (Grateful Dead lyricist) Robert Hunter, Allen Ginsberg and Hunter and his mom,” along with Warren Zevon, Johnny Depp and others who were in town for the 1996 tribute to Thompson, which I attended as a Louisville newcomer (and, it seems, made the mistake of not hanging out on Bardstown Road after it was over).

“That night, Hunter was driving in reverse up Cherokee Road going 60 miles per hour at 3 a.m.” I mention that at the time, I was living on the 1200 block of Cherokee Road. “Yep.” He laughs. “We drove past your house.”

But shortly before then, back at Bardstown and Longest, “Hunter was having Chivas Regal. So many people were coming up to Hunter for his autograph, he threw the whole glass over his head without looking, and it went about 12 feet. I pray nobody got hit.”

The self-described outlaw poet (“To live outside the law, you need to be honest,” Whitehead says) has masterminded countless events, including Saturday’s inaugural Gonzo Festival at the Monkey Wrench. Thompson — who died in 2005 — won’t be there in body, but where the poet-prophet leads, disciples follow. “I don’t produce events,” he insists, falling into measured cadence. “I do it to make it happen and bring people together — uplift, inspire, heal, entertain, enlighten, comfort.”

But what about food, our ostensible topic? Whitehead thinks it over. “I live on red wine,” he says. “Occasionally seafood and bread and cheese, and I will write a personalized and signed poem for a 1.5 liter bottle.” He laughs; Whitehead knows that the social lubricant is just the road on the journey. “I like to slow down, take time and enjoy conversation or heated debate about anything and everything,” he says. “Music, writing, literature, sex, spirituality, mysteries, whatever you want to talk about. It’s the only way people are going to get to respect each other, and even when we disagree, we can still be friends.”