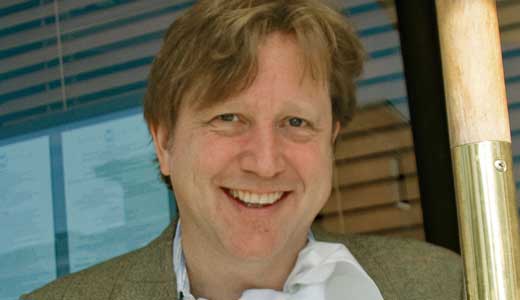 Gill Holland says Louisville is kind of like a mole. (As in mo-lay, the classic sauce from the Puebla region of Mexico, not the burrowing critter or skin lesion.) The film and record producer explains that in one legend, mole was invented when a windstorm imperiled a dinner for a Mexican archbishop. The gusts blew various spices into pots where turkeys were cooking, and instead of wasting the precious meat, the cook served what became an instant hit.

The accidental and successful mash up of ingredients is what reminds Holland of Louisville. A force behind the redevelopment of the East Market District, Holland says, “We have a little North, a little South, a little East and a little West. We have red; we have blue. We assimilate immigrants. We assimilate new ideas.”

If it sounds like Holland has spent time ruminating on mole, it may be because he eats it quite frequently. He named the Mayan Café’s “Mole of the day” as his go-to meal, and claims he orders the daily special so automatically that he occasionally doesn’t bother asking what meat it will be served with. The featured protein can be anything from beef to salmon, and the color of the sauce also varies. Popular misconceptions are that moles are always spicy and always chocolate.

Chef Bruce Ucan’s cucina is just a short hop down Market for those car-averse occupants of The Green Building, the eco-friendly, commercial-use structure Holland opened with his wife, Augusta Brown, in 2008. Ucan’s commitment to sustainable food is a comfort to Holland, who says that besides being among the first to list local ingredients on his menu, Ucan is one of the five best chefs in town.

“Last year (Ucan) was gone for like two months because he was studying mole in Mexico,” Holland says. “I was like, ‘Oh, yeah! I can’t wait until he gets back!’ All of my friends from New York and L.A. are like, ‘Are you kidding? You have a Mayan restaurant here?!” No one’s even heard of Mayan. It’s not quite Mexican. It’s not, like, tacos.”

The Mayan Café fits nicely into Holland’s hopes for the East Market District, an area he’s since re-branded as “NuLu” (shorthand for “New Louisville”). The name is a playful riff on the acronymed, Bohemian neighborhoods of lower Manhattan, like SoHo (South of Houston) and NoLIta (North of Little Italy.)

Part of Holland’s grand design is to promote the area’s culinary and artistic community by producing films, records and books out of his Green Building headquarters. Next up is Before Lately, the debut album from Cheyenne Marie Mize, releasing on SonaBLAST! in mid-October. That same week, Holland Brown Books will release “L is for Louisville,” a sequel to “Louisville Counts,” the children’s/art book that raised money for the Art Sparks program at the Speed Museum. Holland is also producing “Mariachi Gringo,” a film being shot in Guadalajara with X-Men actor Shawn Ashmore and Mexican star Lila Downs.