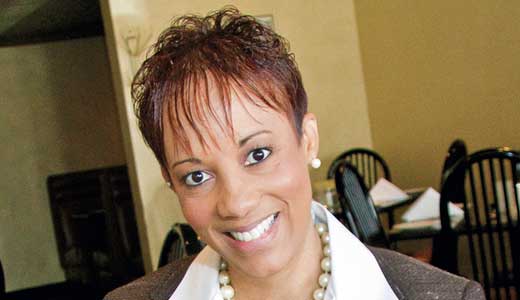 Dawne Gee could write her own dining guide, but pinning the WAVE-TV news anchor down on one favorite dish from one restaurant proved impossible. Having spent a career getting to know the city, the native Louisvillian has encountered a cornucopia of favorites along the away.

Gee arrived for our sit-down cradling a hotdog from Lonnie’s Best Taste of Chicago. Though espousing love for Lonnie’s, this was by no means an endorsement of her go-to meal. Just settling on what to have for dinner can sometimes prove a challenge for Gee, who has been known to squeeze as many as three stops into her dinner break. These might include visits to the Uptown Café for her favorite burger, the Napa River Grill for her favorite Caesar salad, and a quick detour to BBC for their house-made root beer.

Regardless of how the question was phrased, Gee seemed to have a laundry list of goodness at the ready. Asked where she’d eat her last meal, she betrayed a serious sweet tooth.

“What Erika does — that’s real chocolate!” Gee says of Cellar Door owner-operator Erika Chavez-Graziano. “Everybody in their life, before they die, should taste real chocolate. It’s a sin if they don’t.”

Pressed once more to name that one local restaurant that always brings a smile to her face, the best Gee could do was suggest a compromise: one room where she invites her favorite chefs. The table would feature selections from Lily’s and Uptown Café, as well as: Bootleg Barbecue’s four-hour smoked chicken wings, spaetzel from The Gasthaus, Seviche’s crab cigars, and crepes from Wild Eggs.

Gee regrets that her friends from Avalon are uninvited to her last meal — but they took her beloved tempura dates off the menu.

Once upon a time, Gee did stand-up comedy; she’s worked at WAVE since 1994. She was named “favorite news anchor” in LEO Weekly’s recent Readers’ Choice issue, trailing only Muhammad Ali for “best local celebrity.” This makes her third-place showing in the “media celebrities we love to hate” category all the more baffling.

“What does that mean?” Gee says, chuckling at the ambiguity. “That’s hilarious!”

Gee can be seen nightly on WAVE 3 News. She donates her time to a number of charitable organizations such as the American Cancer Association, the Lupus Foundation and the Community Health Charities. On her weekly feature segment “Pass the Cash,” WAVE viewers can nominate neighbors in need of a cash grant.