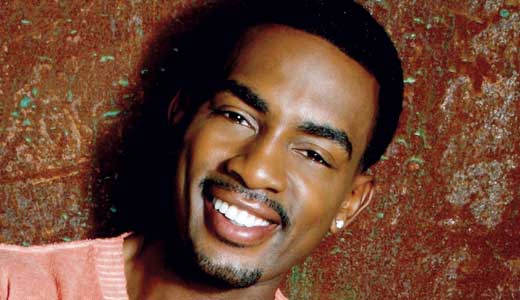 It’s hard to believe it’s been more than two decades since Bill Bellamy stood onstage at “Russell Simmons’ Def Comedy Jam” and uttered the two words that would change the American sexual vernacular forever … “Booty call.” Since coining the term, Bellamy has continued to be a presence in pop culture ever since, through television (as host of “Last Comic Standing”), film (2010’s “The Lottery Ticket”) or live performance (his stand-up special “Back to My Roots”). This weekend, along with fellow comics J Red and Ali, Bellamy brings his “Ladies Night Out Tour” to The Improv.

LEO: What exactly is a “Ladies Night Out” show?
Bill Bellamy: Basically it’s an hour-and-a-half of comedy that’s relationship-driven — it’s a male perspective on the ups and downs of dealing with females, having fun and trippin’. It started out as an experiment to see what would happen, and you would’ve thought it was a “Sex and the City” party or something.

LEO: So send the ladies to the comedy club, and send the guys to the strip club?
BB: (laughs) Well, the guys are comin’ because there will be nothin’ but chicks there. So I win either way.

LEO: You started on MTV. How do you feel about where that network has gone?
BB: I’ll be honest with you, I think they’ve just grabbed onto the reality thing and won’t let go of it. I love the music, man. I miss the music being the forefront of the game and reality being right there on the edges. When I was on MTV, “Real World” was the first reality show. Now you got “The Hills,” “Jersey Shore,” “I’m Pregnant … Again.” There’s crazy stuff on there, and it’s just hard for the artist to get shout-outs like they used to. People are more excited about you being a celebrity than you being a talented musician. They just wanna see The Situation; they just wanna see Snooki gettin’ knocked out at a bar; they just wanna see Kim Kardashian’s booty … well, who doesn’t wanna see that?

LEO: You did a movie called “Getting Played” with Vivica A. Fox, Carmen Electra and Stacey Dash. That must’ve been a real tough gig.
BB: Ya’ know … I relish my job. Some people hate their jobs. But when you know you got Carmen Electra in the morning, Stacey Dash in the afternoon, and Vivica in the evening … that’s a great day. Things are lookin’ good for ya, playa’ … man up!

LEO: Does your daughter know that daddy coined the term “booty call”?
BB: No, I don’t wanna tell her that yet. She knows I’m famous now; it’s kinda cool and kinda weird — because she’ll be like, “My daddy’s a movie star.” But it will be in the wrong context … like we’ll be getting ice cream and she’s walking around going, “My daddy’s a movie star” — like they’re going to give us an extra scoop or somethin’.

LEO: In past month or so, we’ve lost two comedy giants — Robert Schimmel and Greg Giraldo. What’s goin’ on?
BB: It’s really scary. To be honest with you, it’s very scary. It makes you realize that not every day is promised to you, man. So you go out here, you go hard, you live a good life, and you do the best you can — because not everyone is going to see the next summer. Play hard, have fun and be good to your people.