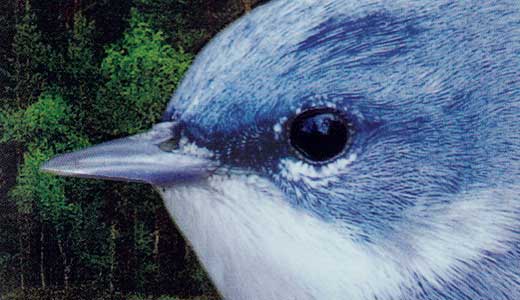 The furious critical activity over Jonathan Franzen’s new novel, “Freedom,” his first since the National Book Award-winner “The Corrections,” pivots on the definition of the Great American Novel. Heavy-hitting reviews in The New York Times and L.A. Times lined up nicely behind the idea that Franzen was now fit to stand among the giants of American literature: Twain, Faulkner, Hemingway and so on. Of course, there was a fracas over this, with complaints coming from female authors in particular, notably Jennifer Weiner and Jodi Picoult, glowering over the injustice of it all — namely, that the white male gets all the kudos.

But all the arguing, not to mention the fiasco over the old Oprah incident — which has seen its end now that Oprah has christened “Freedom” for her Book Club, going so far as to call it a “masterpiece” — is irrelevant. It does nothing to detract from the book itself, which is, by any definition, a masterpiece for Franzen and a Great American Novel. It portrays our times with such fervor and psychological penetration that it is impossible not to consider it so important.

As with “The Corrections,” the main characters’ stories are compelling. Patty is a despondent mother and ex-college basketball champ who marries Walter, a man she struggles to admit to loving, who himself is trying to escape a family of drunkenness and squalor in rural Minnesota. Richard, a punk rock musician seemingly destined for obscurity, completes the love triangle, and establishes the behavior patterns the characters will follow throughout their lives: depression, competition, political obsession and political vacuity.

Against a backdrop of the first decade of the 21st century, a decade that includes the 9/11 attacks, the characters age and struggle to come to grips with their failures in life and love. Success is a dominant theme here, which is intimately related to the title. Liberal Patty struggles to be the good mother, but overdoes it, pushing her son Joey out of the house and into the next-door Republican household, which accepts him with open arms. Walter, the obsessively liberal father, despises his son for this, but himself is locked into a land-trust deal that, while protecting an endangered bird species, forces him to make compromises that have evil effects. Richard, longing for Patty, searches the world for an elusive satisfaction that even later musical success cannot grant.

It’s in these long chapters, each dedicated to a thorough analysis of each character, that Franzen reveals his strength: a deep psychological and emotional understanding of his characters, both in and of themselves and in their relationships to strong friends and not-so-strong family. These sections of the book are breathtaking, forcing readers to examine themselves and challenging them to find such insight into their own motivations.

The setting is reminiscent of “The Corrections” — a horrible, greedy present in which people struggle to achieve an identity to make them feel extraordinary, a quest that proves monstrous in its will to bend to any level to achieve success. Joey, for instance, gets involved in contract-work supplying troops in Iraq, work that is guaranteed to make him rich — only the truck parts he gathers to sell the government are junk, and he slowly begins to feel like a fraud, even a criminal.

There are problems: The long introduction, supposedly written by Patty, is clearly Franzen’s literary voice. But the artifice is smooth, and the section is compelling, so we easily forgive him that. Franzen will surely win multiple awards for “Freedom.” He’s already won Oprah’s forgiveness. But despite all the accolades, the book’s unquestionable greatness resides in how it clarifies our life and times.