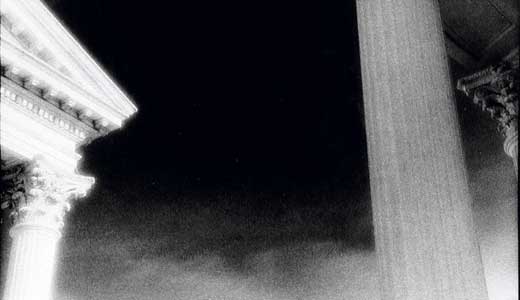 The Louisville Water Company (LWC) is celebrating its 150-year anniversary. Today, of course, we think of water mostly when it doesn’t appear at the tap. But way back when, LWC was forward-thinking and gave the city one of the most beautiful municipal complexes in the nation.

A station of “architectural beauty with industrial efficiency … the most elegant structures for water purposes in the United States” was the goal of chief engineer Theodore R. Scowden as he set about designing the water tower and pumping station at 3005 River Road.

And elegant it is. Done in Classical Revival style, the resulting effect is as if a Greek temple with Corinthian columns landed on the banks of the Ohio River. The 163-foot-tall water tower is encircled with nine Greek gods and goddesses, plus what has long been a curiosity, an American Indian with his dog.

It became a National Historic Landmark in 1971. Restoration of the tower was completed in 2009. Renovation of the pumping station began this year and may be finished by next spring. One exciting addition is a river-view terrace on the north side of the building.

The Louisville Visual Art Association (LVAA) has made the complex home since 1980. That’s the reason LVAA partnered with the Water Company to commemorate the pumping station and tower in its exhibition “Reflections on a Louisville Landmark: 150 years of Louisville Water Company.”

The juried show features artists’ interpretations as well as original historical drawings and photographs. Even the kids got involved, with art from LVAA’s Children’s Fine Art Classes.

The juror and curator is Juilee Decker, chair of the art department at Georgetown College. “This structure is more than a sum of its parts,” she says. “While it boasts a splendid masonry façade, wood soffits, locally quarried stone and terra cotta embellishments, it serves as a nexus of place and community identity.” LVAA is so ingrained in its location that it hosts the Water Tower Regional, the oldest juried art exhibition in the region.

“Reflections on a Louisville Landmark” awarded many prizes, including Joyce Ogden for 3-D and the Young Artist award to Sara Olshansky.

Geoff Carr won Best of Show for his “Water Tower” photograph, giving us just a glance of the tower and station. Tamara Scantland-Adams’ patchy, color-field watercolor “Tower at Night” won in 2-D, with the photography prize going to Paul Chervenak’s side-lit “Tower in Light.”

I have a tendency to favor the offbeat representations, such as David Elswick’s “Tethys,” which makes the tower look like it’s composed of green glass. The water tower statues make appearances in the art of Robert Halliday, Suzanne Dougherty, Judy Moore Mudd, Lisa Mohr and Donnie Ray Simpson Jr. If you, too, like out-of-the-norm, be sure to check out Amy Real Coultas’ “Louisville Orchestra at the Water” and Jennifer Gorce’s “Water Tower Origami Star.”

Two other exhibitions are/were involved in the anniversary celebration: “Practical and Pleasant” at the Louisville Free Public Library (closed Sept. 25) and “Water Works” at the Frazier International History Museum (Oct. 23-May 1). LWC will have an open house on Saturday, Oct. 16, from 10 a.m.-2 p.m. at LVAA.